Enter your rally photos and you’ll be in the mix for a prize pot worth £3,250 plus the chance to bag the front cover of the Official Mongol Rally book coming out this Christmas.

And it’s definitely not just about epic landscape shots taken with a fancy lens. They’re amazing, and you should enter them if you took a fancy camera on the rally. But we also want to see life on the road, in the car and the random shit you capture on your smartphone when other people are wondering why you’re taking a photo. Read on to find out what sort of stuff will increase your chances of winning.

The overall winner gets a £1000 voucher to spend on any adventure we run, £100 to spend on stuff in our shop and a gallery of photos published in the rally book. (The winner of our last photo comp, Henning, has already used his voucher to get signed up on the Monkey Run.)

Submit a gallery of at least 15 photos taken on any edition, on any camera and you’re in the mix for a big old discount on your next adventure. There’s no maximum number of photos and captions will improve your chances of winning a prize. You can definitely include photos that don’t have rally cars in as long as they were taken while you were on the adventure.

Submit via WeTransfer here. Or send to [email protected] (please use a service like WeTransfer or Dropbox for any massive files).

There are 7 prizes up for grabs:

How to send the photos: Send a minimum of 15 photos (or more if you want to) via WeTransfer here. Or to [email protected] (please use a service like WeTransfer or Dropbox for any massive files). 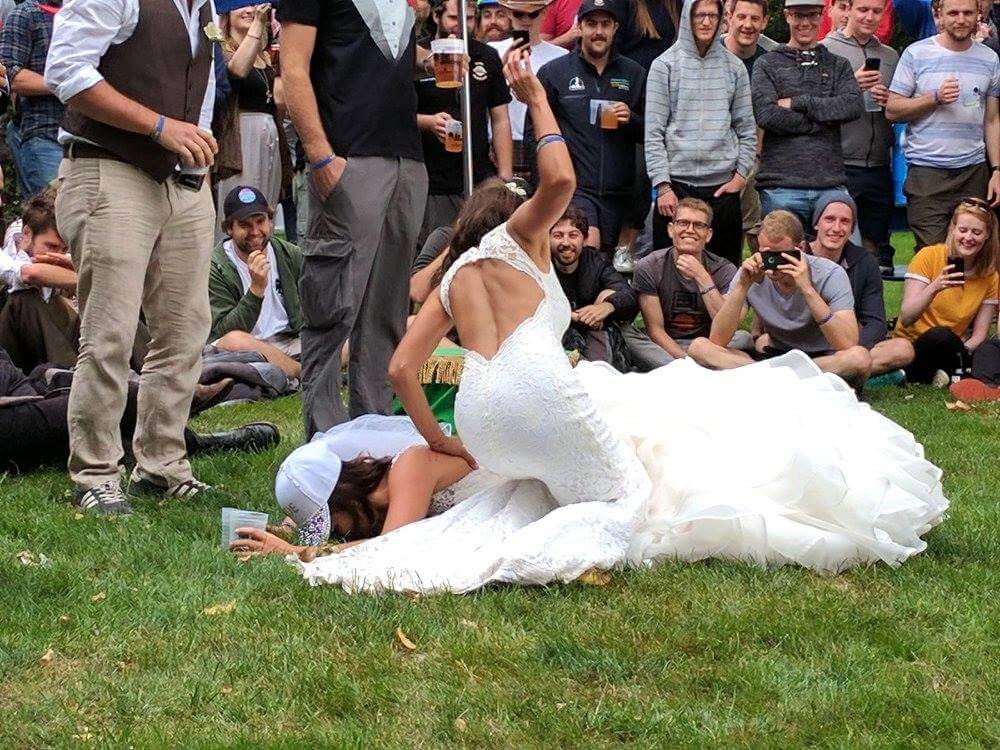 Arianna and Paula, fighting at the Mongol Rally launch in their actual wedding dresses. Heroes both.

Who decides the winner?
We do. No public votes, no number of likes. We will operate this competition like a dictatorship.

We know there’s photographic Mongol Rally gold languishing on phones and hard drives around the world. We’re looking forward to seeing what you send in.

My photos aren’t exactly professional, have I still got a chance?

Hell yeah you do. Great adventure photos are not usually taken with a massive expensive camera. They’re captured hastily on a phone as your team mate jumps out of the car looking for somewhere to discreetly shit their pants.

The best are often taken in those moments that start to feel ordinary when you’re on the road. Heading out at sunrise after sleeping in a lay-by with Russian truckers. Your team mate leaking a sneaky tear because the 15th breakdown of the day is slowly but surely breaking their spirit from the inside out and a full tantrum is brewing. Any galleries that include an actual tantrum are also in with a very strong chance of winning.

Our favourite adventure photos are the ones that tell a proper story. Yes we know that’s cheesy but it’s true. Epic landscapes and aerial shots of rolling turds traversing deserts and mountains are amazing, you should enter them if you have them.

Often it’s pretty fucking dirty and that’s the way we like it. Photos of the Mongol Rally should tell the whole story, and we need more of them, hence the large bribe / discount vouchers on offer in this competition.

The winners of this competition will be the ones that capture the stupidity and scale of the rally, not just a fancy lens and a heavy hand on the colour saturation filter.

Tips on winning and the competition judges

Adding some captions to your entries will definitely improve your chances but it’s not compulsory and photos without captions will still be fully considered.

Don’t worry about whether the photos are in the ‘National Geographic’ arena. They wouldn’t post photos of your team dressed as donkeys at the launch party falling over on the dancefloor, but we will. Because well done you, that’s why.

Only enter your own photos. If you enter other people’s without asking them we’ll have to presume you’re a bit weird.

The competition will be judged by Tom, Dan and Jen at Adventurists HQ. Jen is the Boss, Tom is the founder and Dan has been Official Third Filing Assistant since late 2006.

Now stop reading. Find 15 of your favourite photos and do your bit for the 1 litre shit-box division of the fight to make the world less boring.

**If you’ve already sent photos to us before you’ll have to submit them again, partly because we have so many from previous years, but also because some of them, OK quite a lot of them, went to data heaven without permission after a drive failure and the back ups shat the bed. Fuck you 2020. Even more. 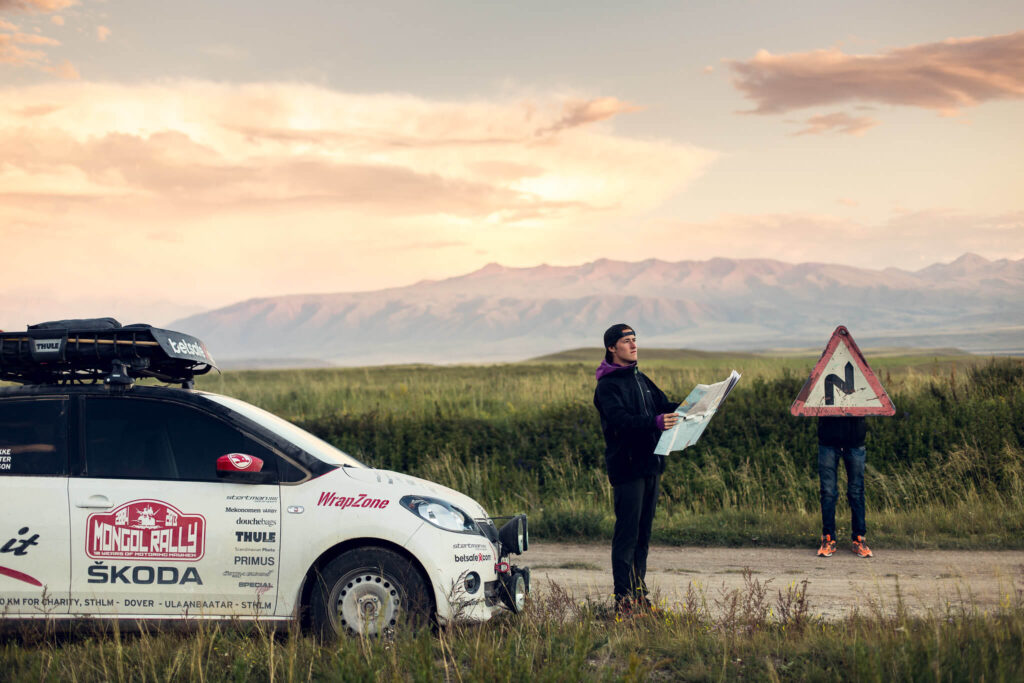 Lost on the Mongol Rally 2013 by Team Detour