A summer of total inconvenience, getting stuck all over the planet.

1. What are the Poles of Inconvenience?

The Mongol Rally was founded on the principle of driving tiny shit cars to totally ludicrous places. In 2022 Russia was a no go area. We launched the Poles of Inconvenience Rally so we can still get lost and stuck in stupid places. And it's turning out to be a beast of an adventure.

This un-route started in Czechia and finished in Georgia but it's the Poles of Inconvenience that really bring the stupid. Think of it is as curated network of chaos.

Instead of driving straight to the finish line you can join likeminded fools in seeking out totally ridiculous POIs along the way. Each carefully selected locational nugget of stupid will force adventure upon you and your tiny stead.

Some of the Poles may be inconvenient in the classic sense of being nestled in remote corners of wilderness areas. Others might be topographically inconvenient, like the top of a mountain, or in the middle of a sea of sand dunes in the Sahara and others will be logistically inconvenient.

It's totally up to you which POIs you tackle but your chances of winning the overall Champion of the Poles trophy will definitely increase if you bag a few along the way. 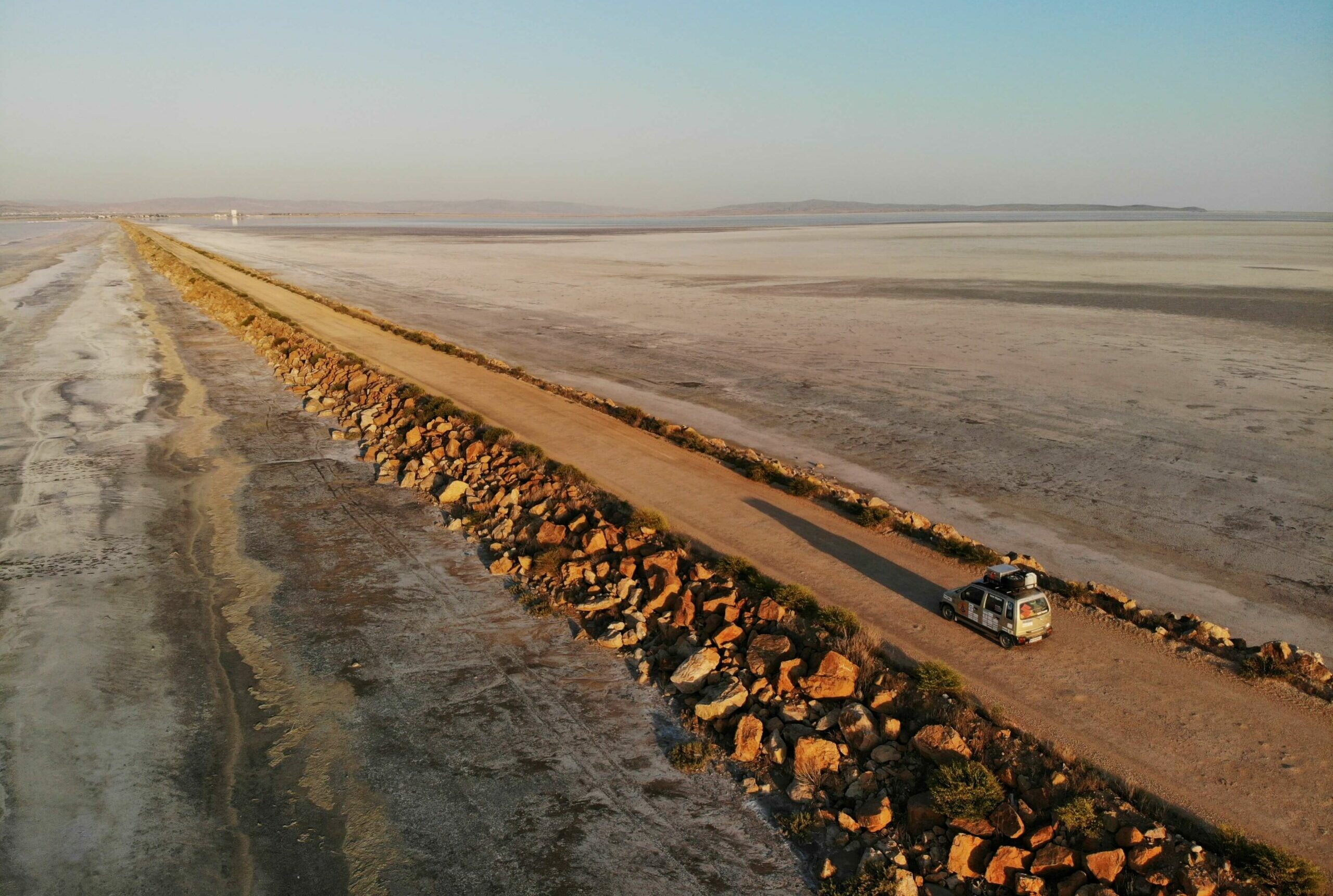 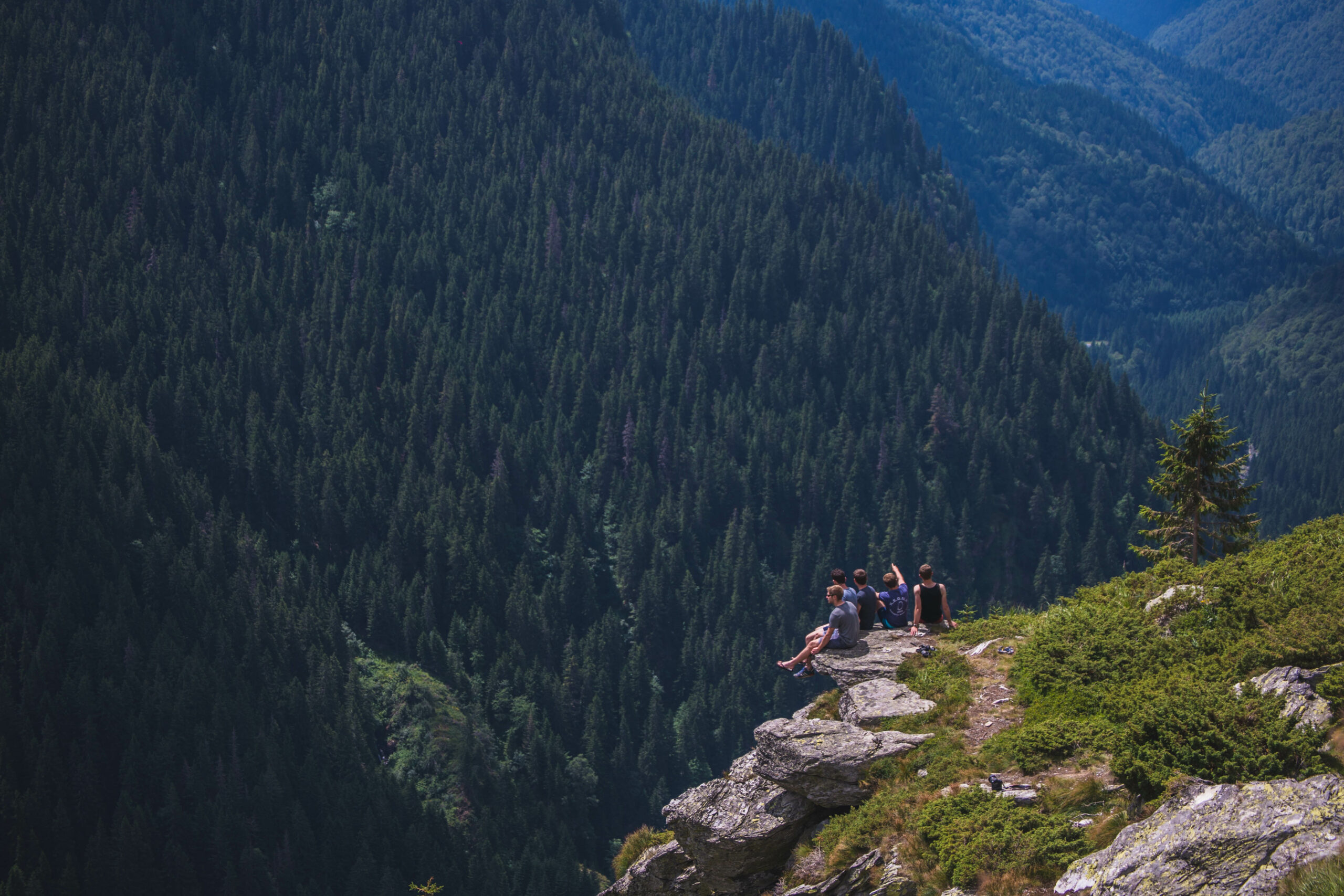 Photo: Transfagarasan look out in Romania by Joseph Lewiston in 2016

The 2022 Poles of Inconvenience

We’ve teamed up with our buddies at What 3 Words to provide the gears to this wondrous chaos engine. They’ve basically turned navigating the entire world into poetry. If you’ve not come across them before, stick your face in their website for a bit…
what3words.com
We'll be sharing the official poles list in their app and for you to nail a pole to your personal wall of achievement you will need to use the photo function in their marvellous app. To prove you’ve reached one you have to take a photo inside the w3w app, tag it with (roughly) the correct location, and then share it through our tracking app. That means even if you don’t have a connection the tracking app will automatically locate your pic when it next comes online. Pole bagged. Details of all this will be in the teams handbook. To celebrate this union of geographic poetry and adventuring stupidity we've updated our logo. Doesn't that look nice. 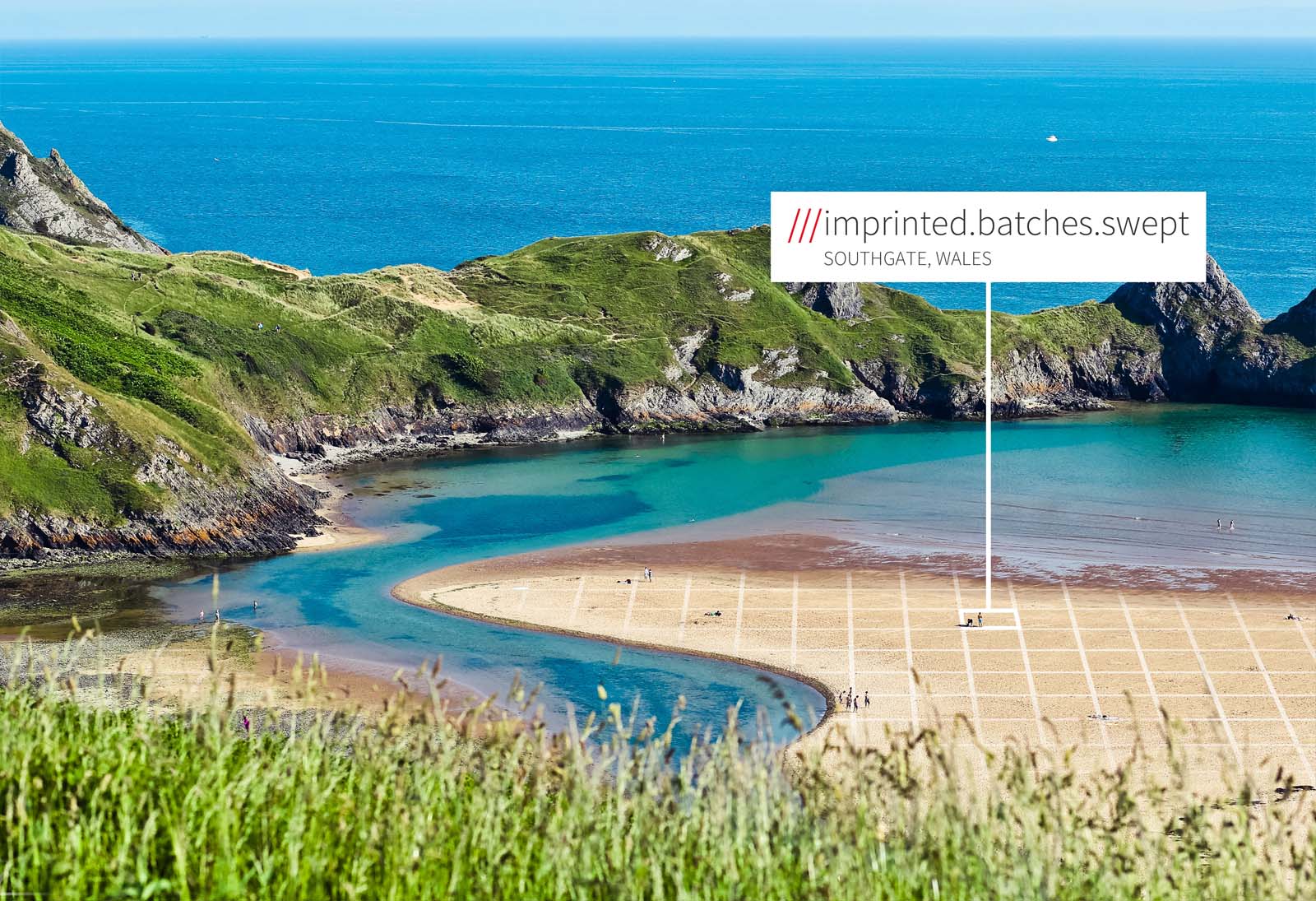 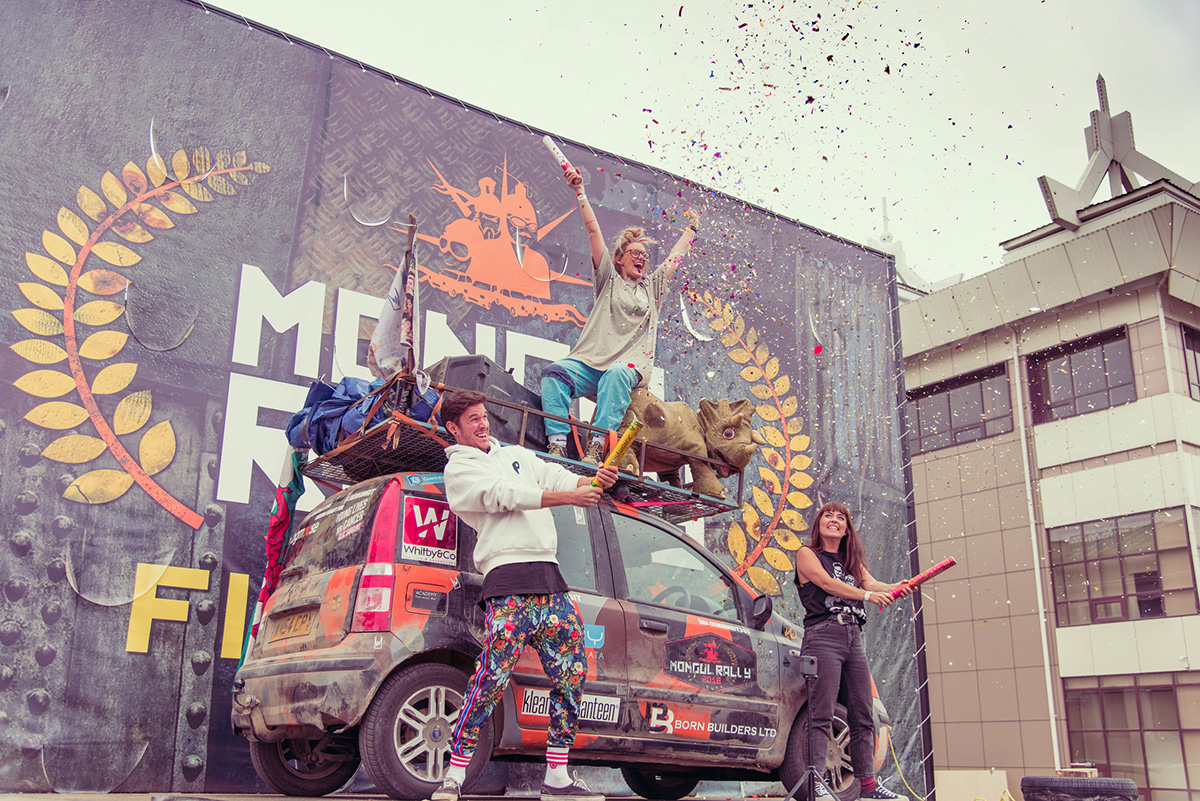 Research is underway for the 2023 edition, sign up for the newsletter to get updates on the new and improved inconvenience being unleashed next year. 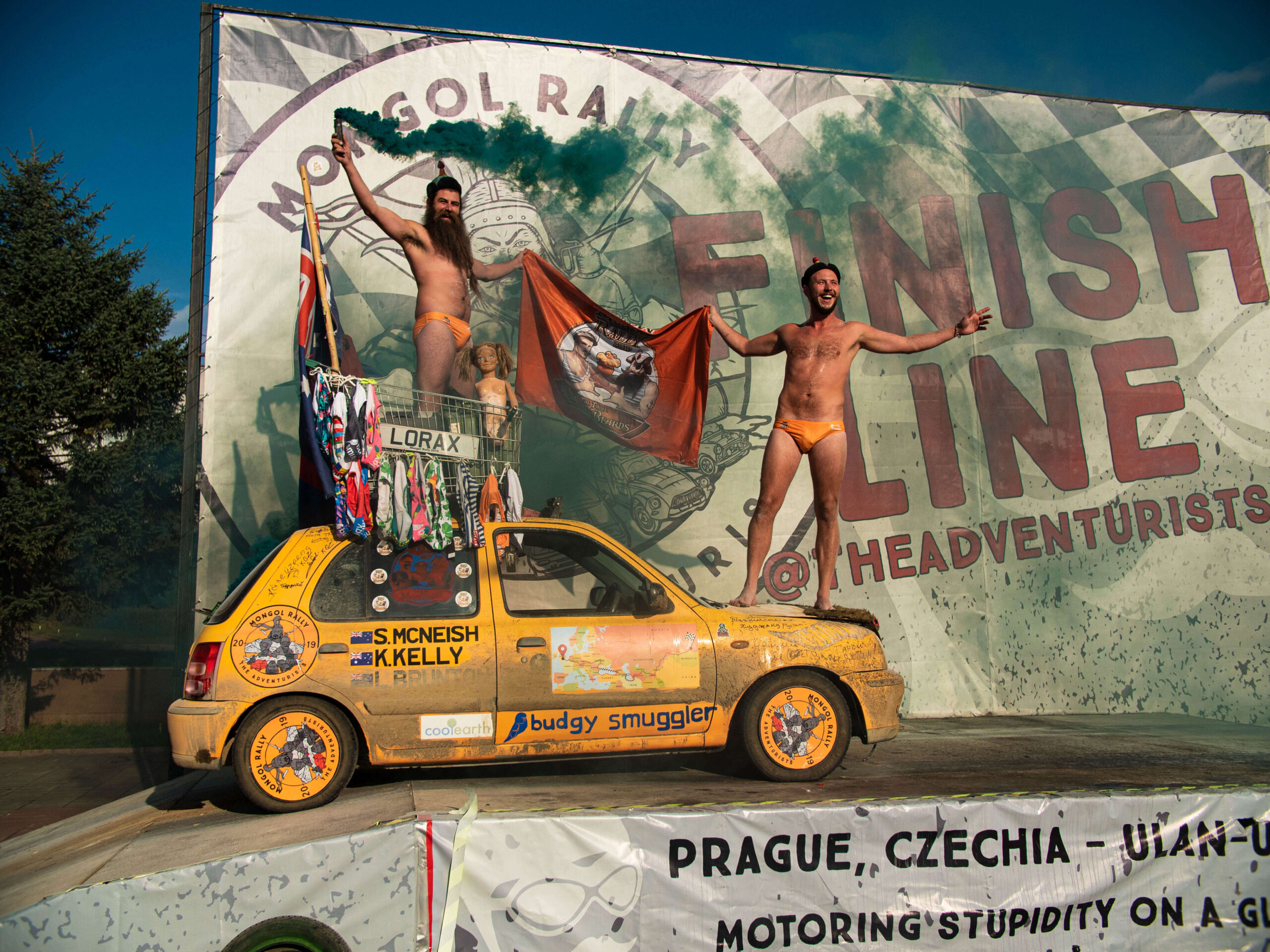 You can take any car, as long as it’s crap and with an engine of 1.2 litre or less. Ideally under 1 litre. For motorbikes we've generously allowed 125cc, but would prefer it to be a scooter.

You need to drive a small, shit car to make the rally tougher. It's no fun if it's too easy. If you want easy go for a spa weekend. If you want to make it harder, take a small bike.

You're on your own. If it's not dangerous and you aren't lost, you're not on an adventure. That means no backup or support. If you get stuck or in trouble, you need to solve the problem yourself. Any ‘Help! We’re broken down in Iran,’ type phone calls to Rally HQ will be met with a snort of derision and a click of the receiver.

You also choose your own route between the start and the finish including how many Poles of Inconvenience you tick off along the way.

It only seems fair that if you’re having the mother of all adventures you should give a little back, so we ask teams on the Rally to raise a minimum of £500 for the official rally charity.

In 2022 the official charity was the Disasters Emergency Committee Ukraine Humanitarian Appeal. Money raised by teams on the Mongol Rally Poles of Inconvenience 2022 will go towards helping refugees caught up in the war.

If you'd prefer to raise money for other registered charities that's all good. Anything over the £500 minimum for the official charity can be donated to your own causes. 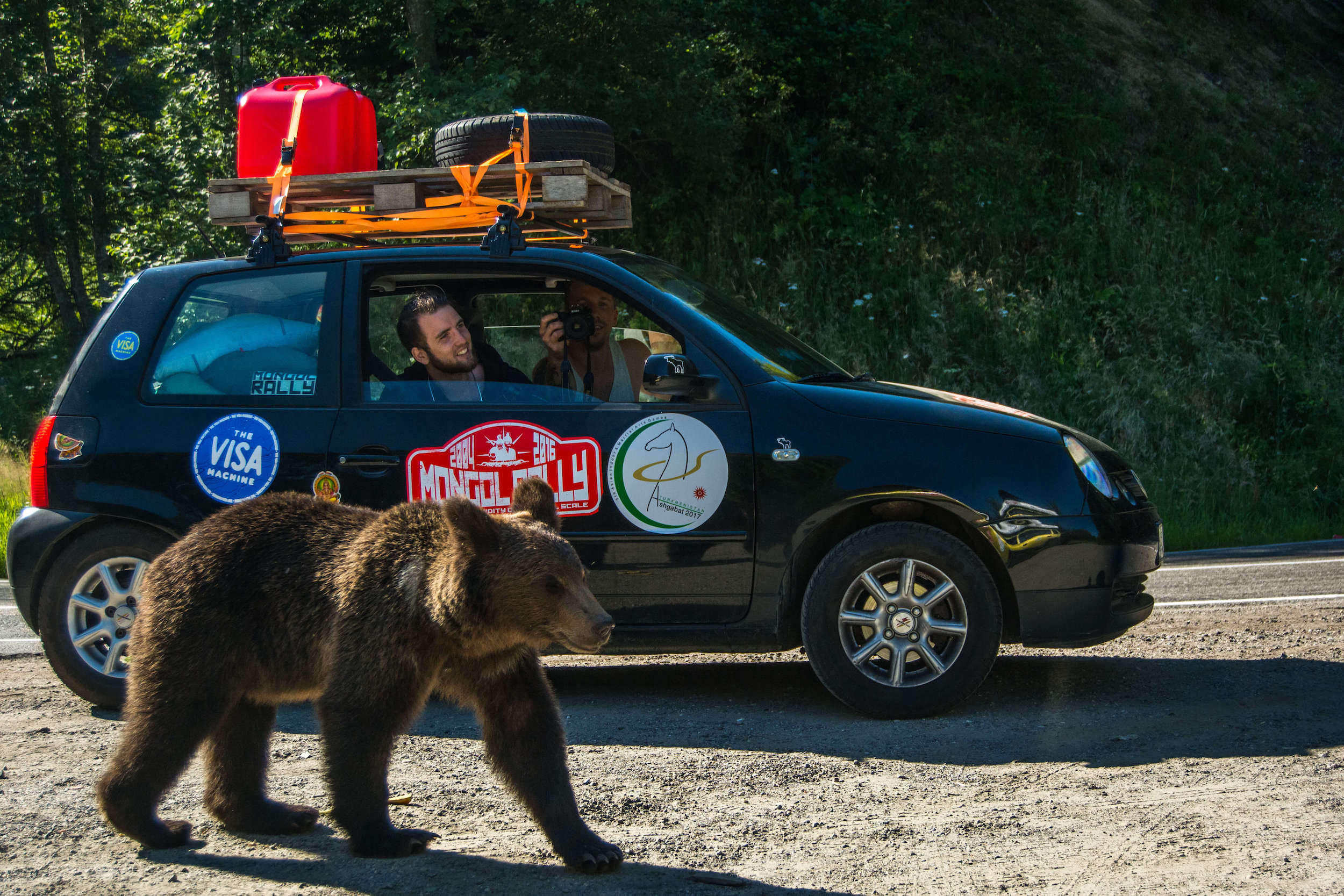 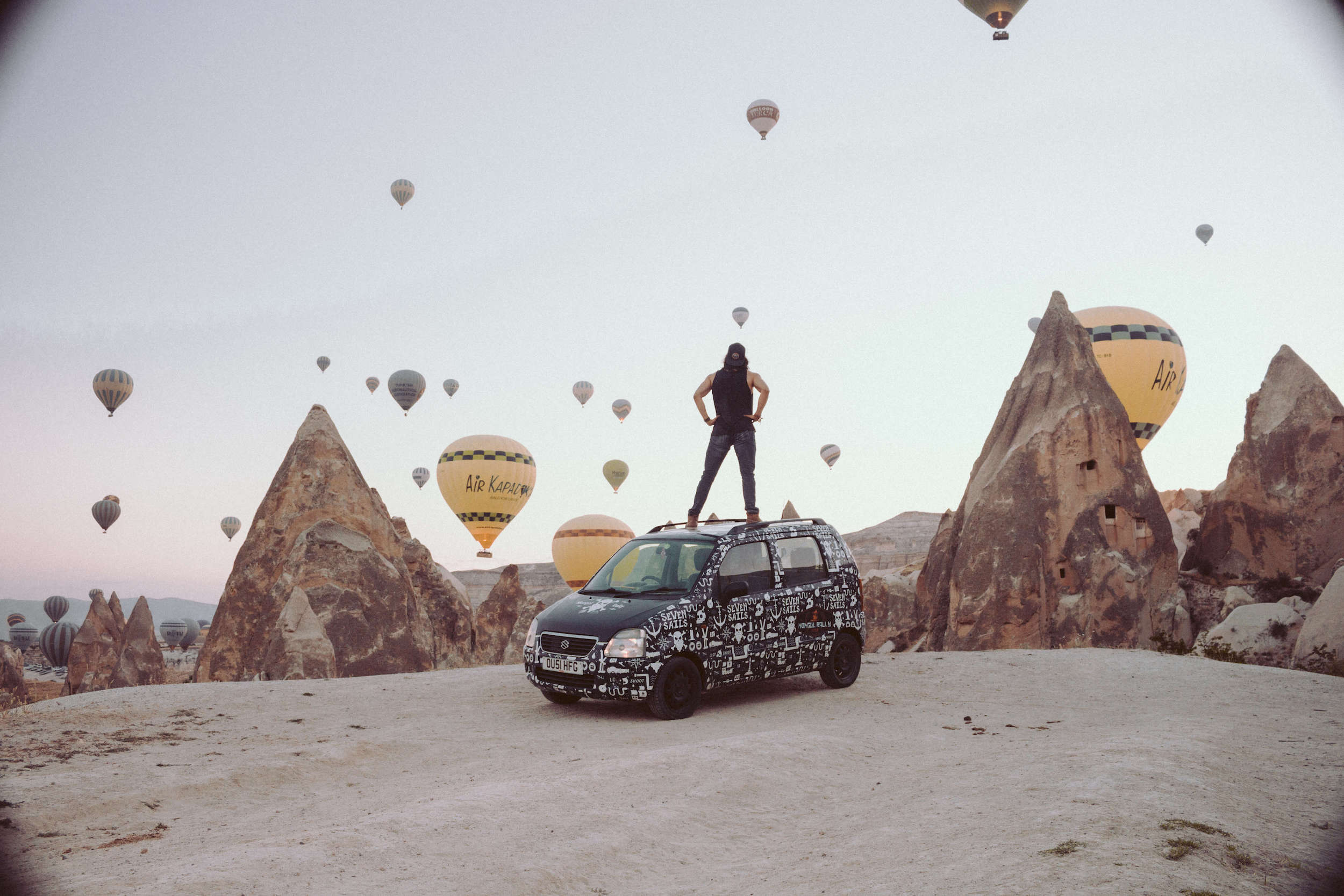 Hold on to your scheduling hats, we're working out the new dates now and updates will be posted here soon. 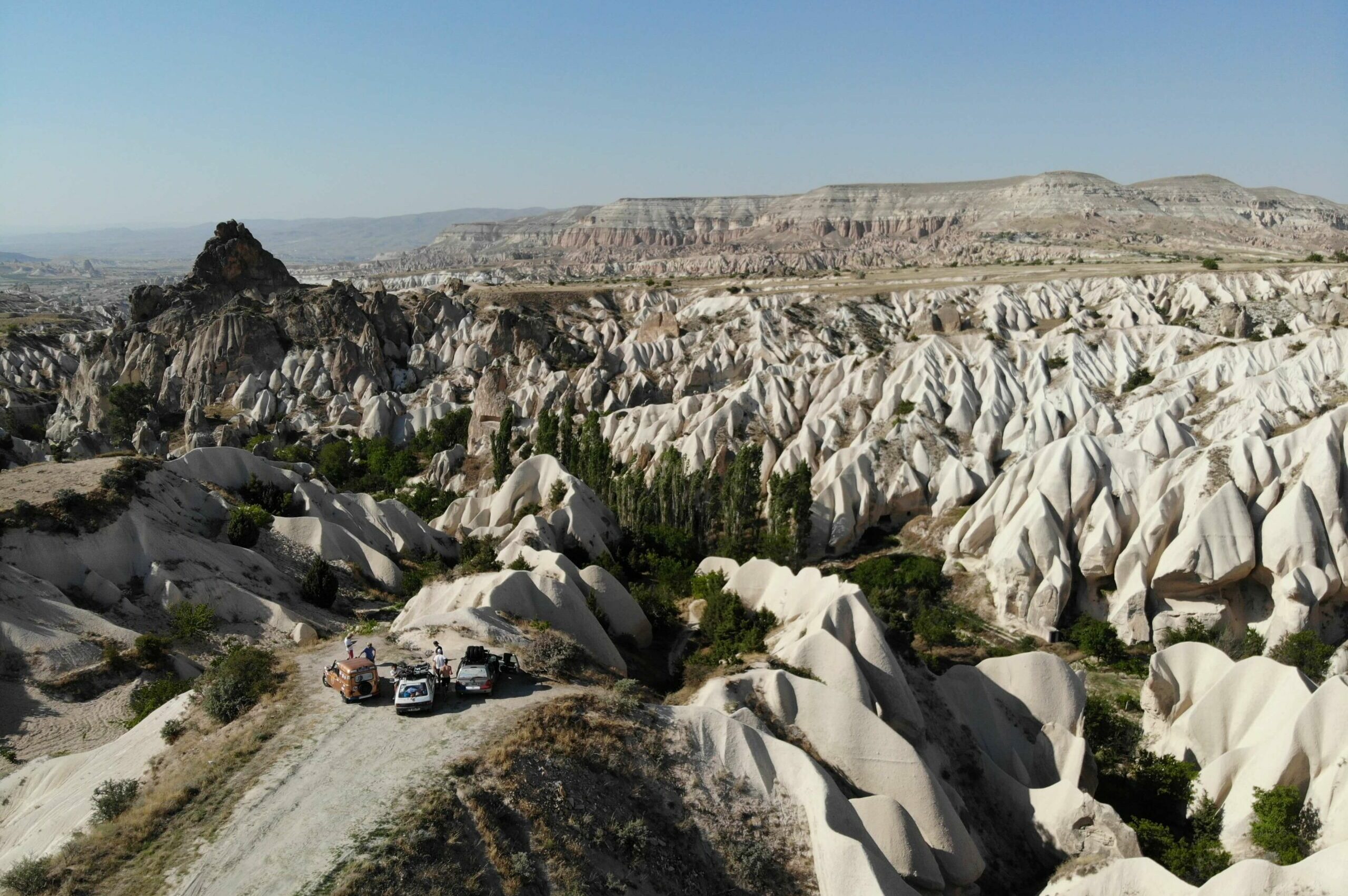 Photo: Cappadocia Turkey by Paul Cimadomo on the Mongol Rally 2019 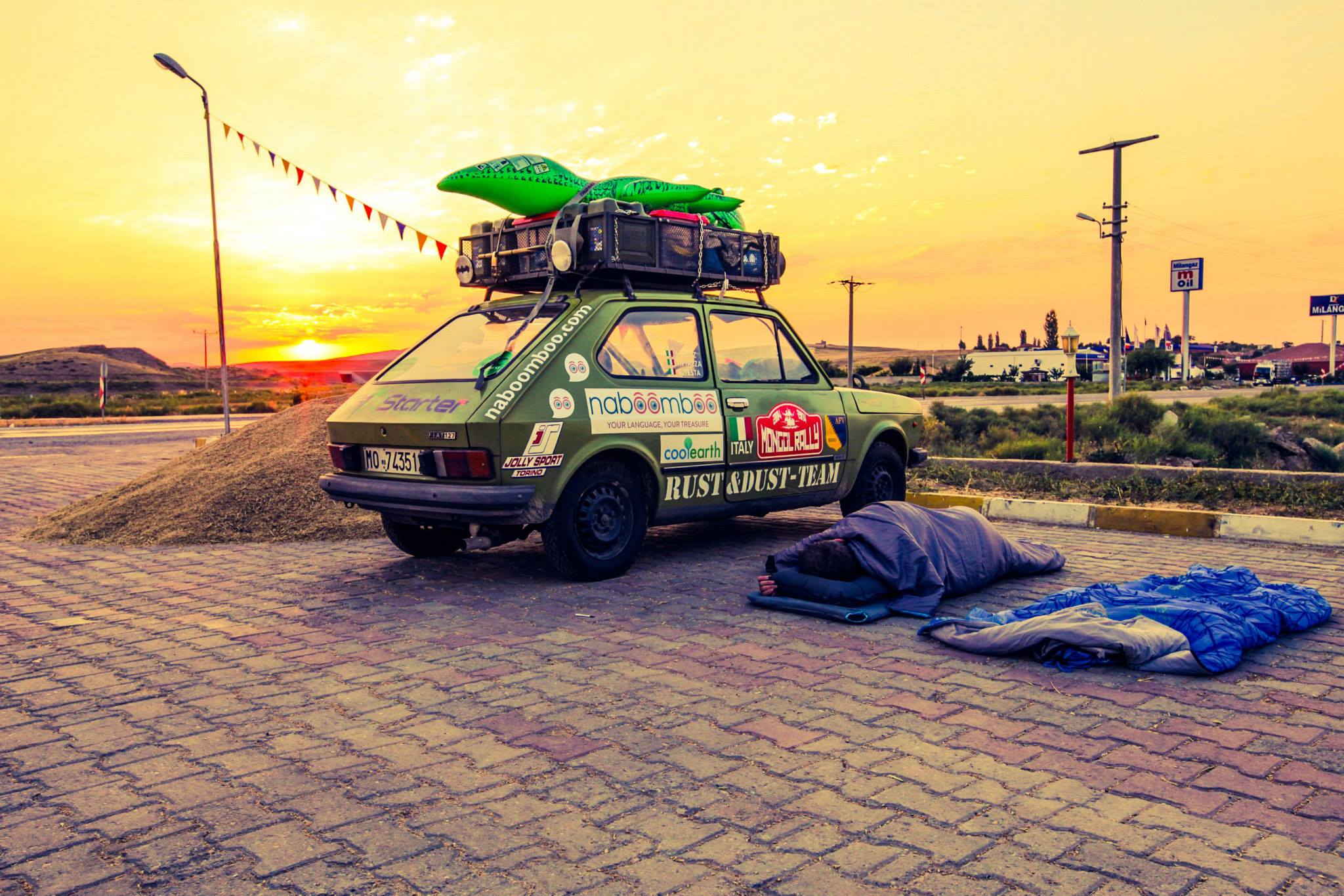 5. Entry fee and what you get 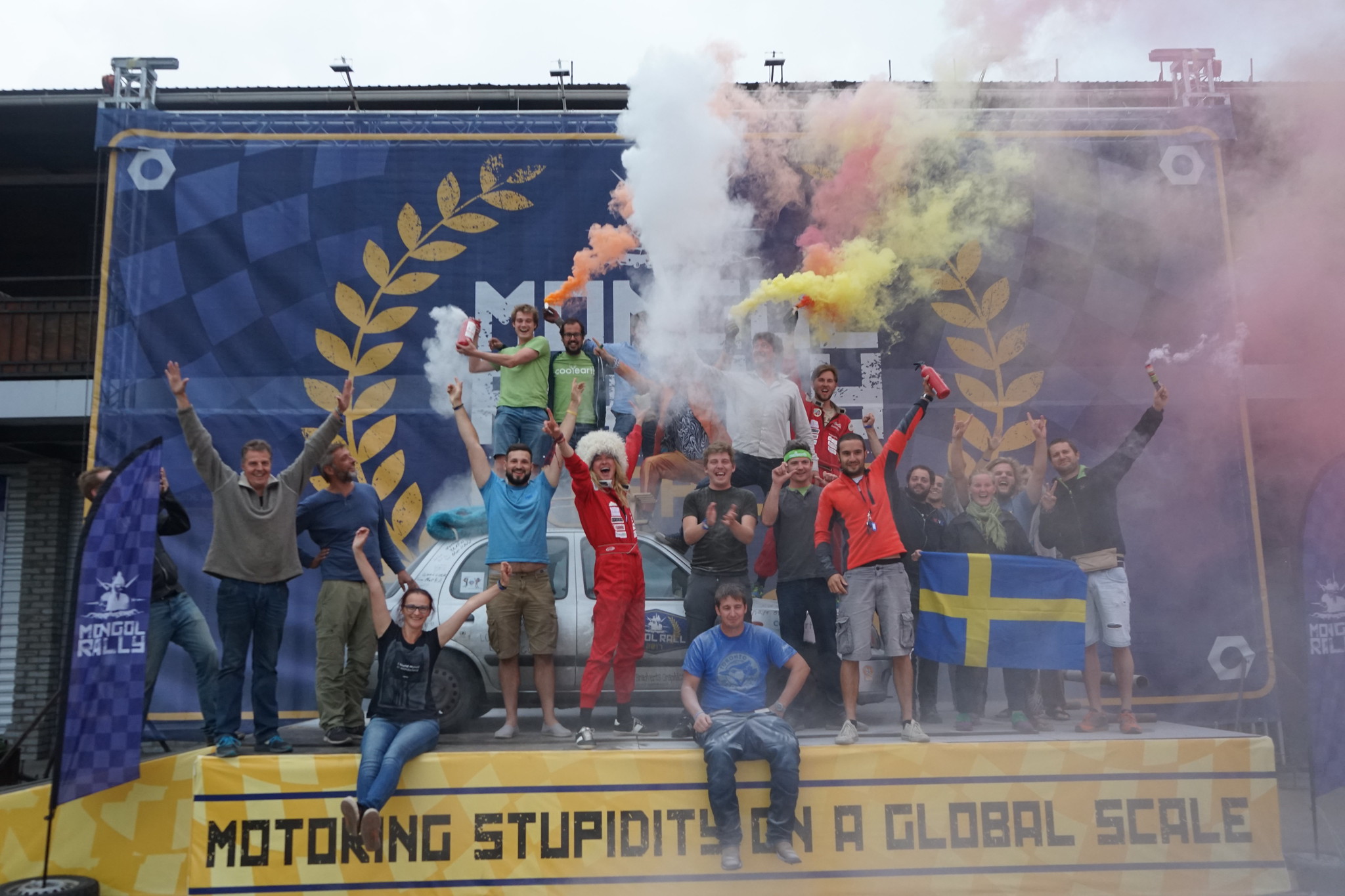 The Poles of Inconvenience (and Refreshment) 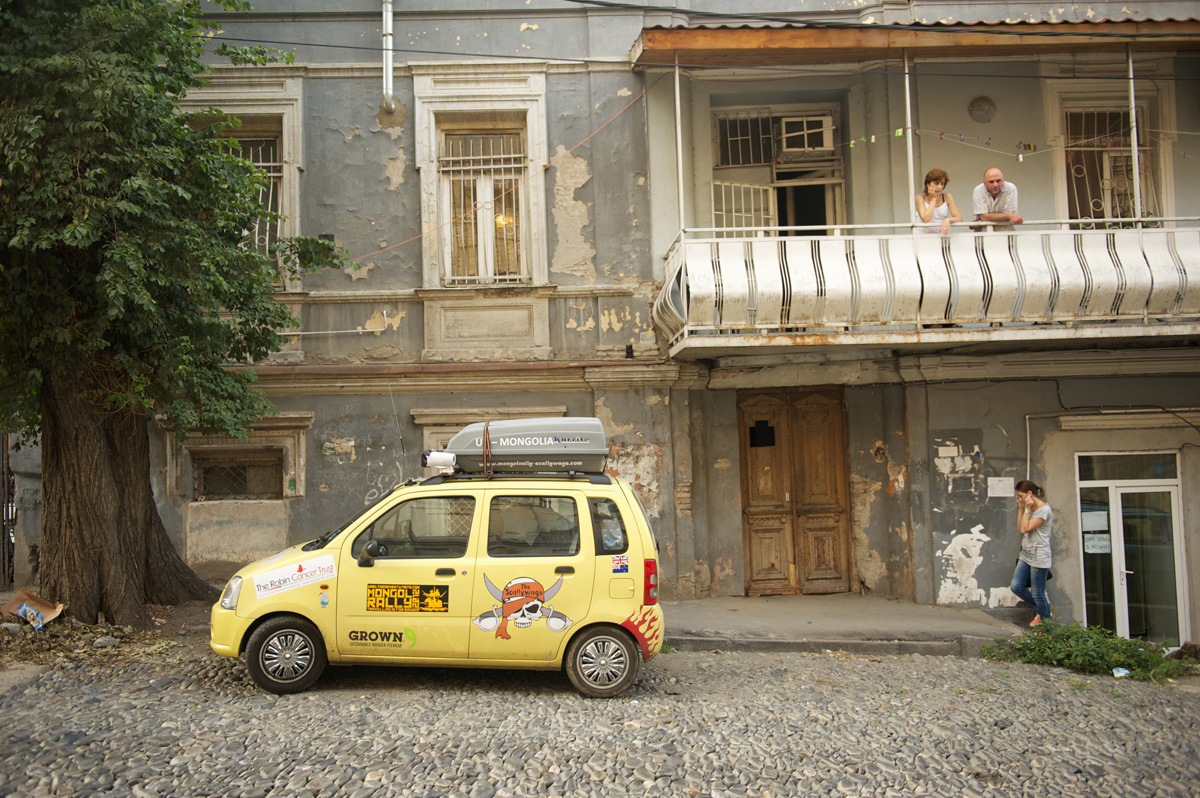 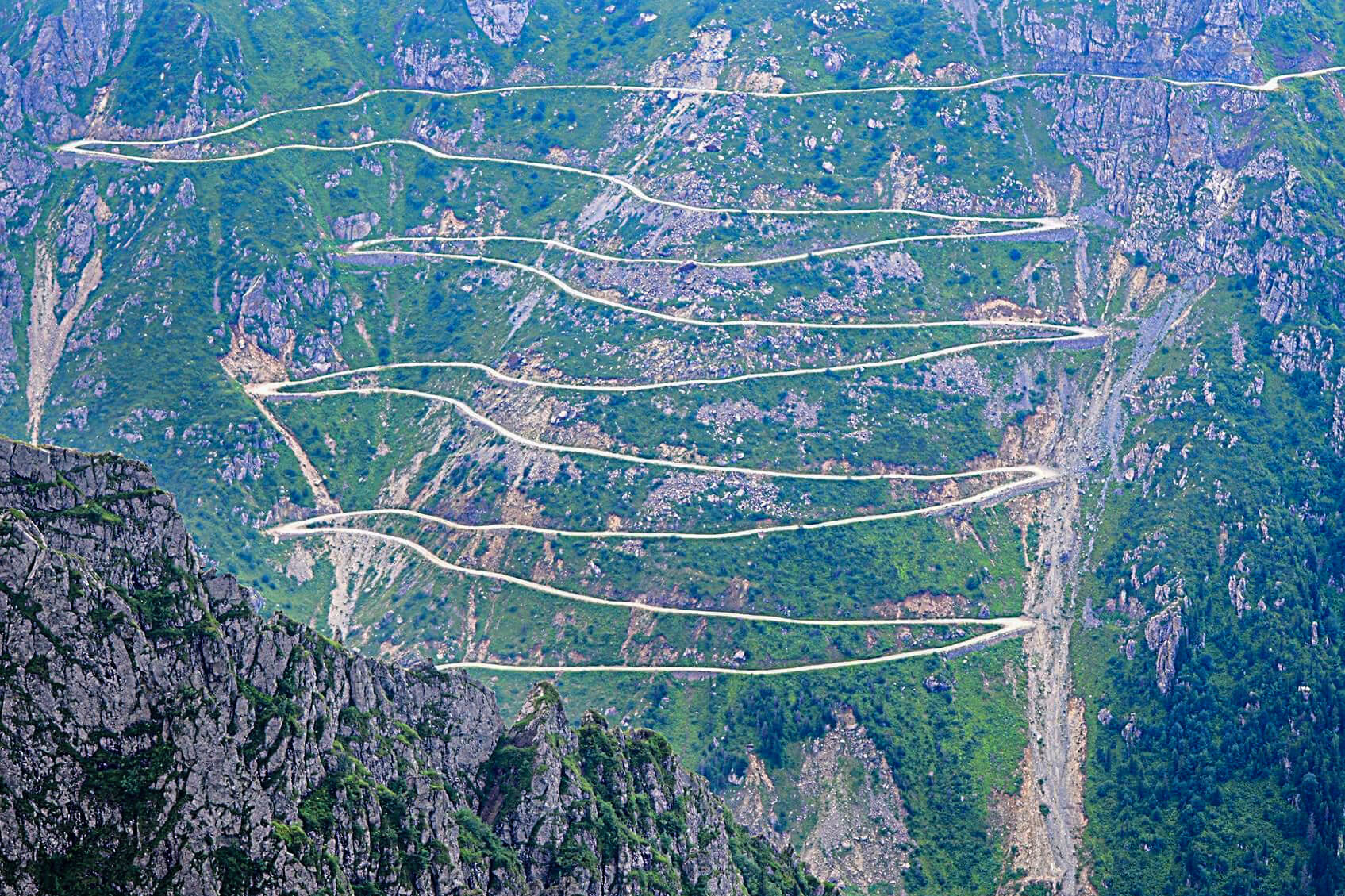 Other stuff included in your entry fee 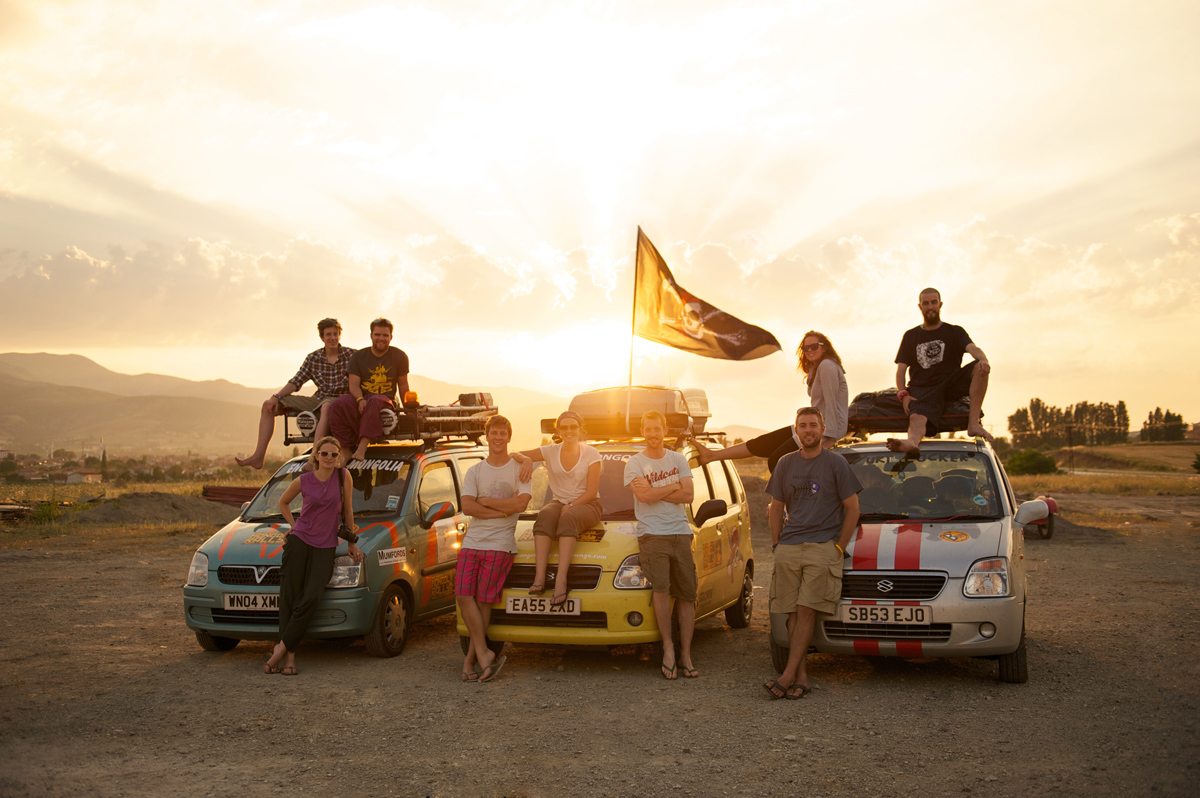 PHOTO: Tom Archer, 2012 - "Heading into Turkey we joined a convoy of two other Suzuki Wagons (The Mongateers and the Yurt Locker). Below is a photo taken against a backdrop of a beautiful sunset in Eastern Turkey. It was great fun driving with these guys, it felt like being in a scene from the Italian Job."