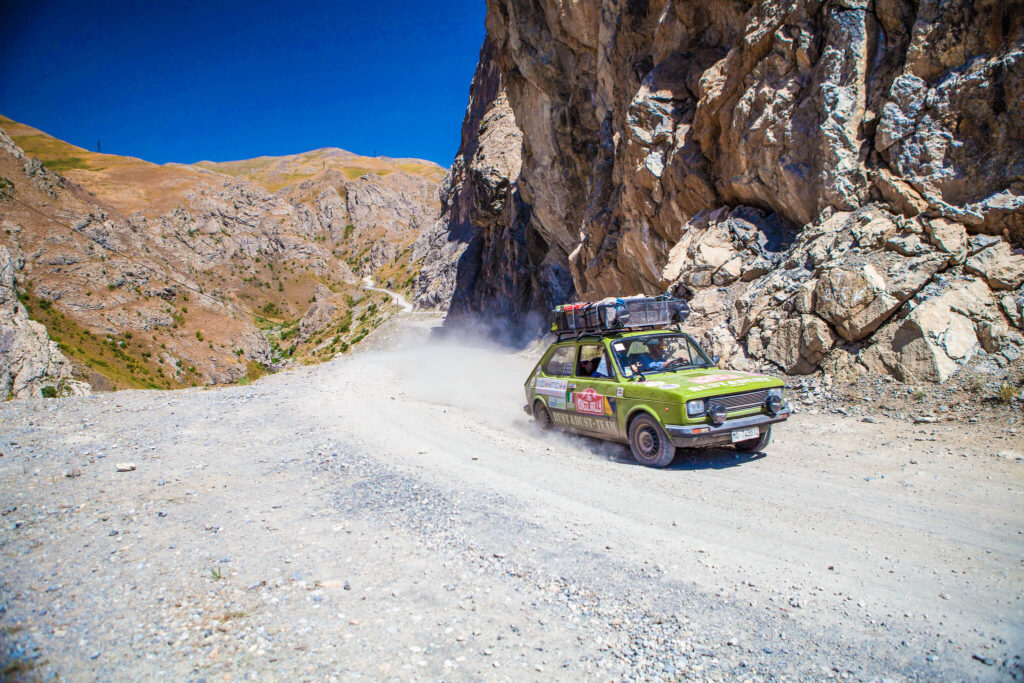 A History of the Adventurists

It turns out we’ve been at this for a while. It all started in 2003 with a plonker called Tom who was hell bent on launching the Mongol Rally in his spare time.

Having tried to drive to Mongolia in 2001 and failed miserably with university chum Joolz, Tom created a website and invited the world to join him for the 2004 Rally. It was all part of the grandiloquently named “Morgan Institute of Adventure Research”. This somewhat strangely formed the final show of his art degree. On the website alongside joining the Mongol Rally it suggested people set themselves on fire and other such life enhancing ideas.

From that stupidity has grown quite a beast. Now, at times, over 500 people work together to stage races and adventures all over the World. And we’ve only just begun… 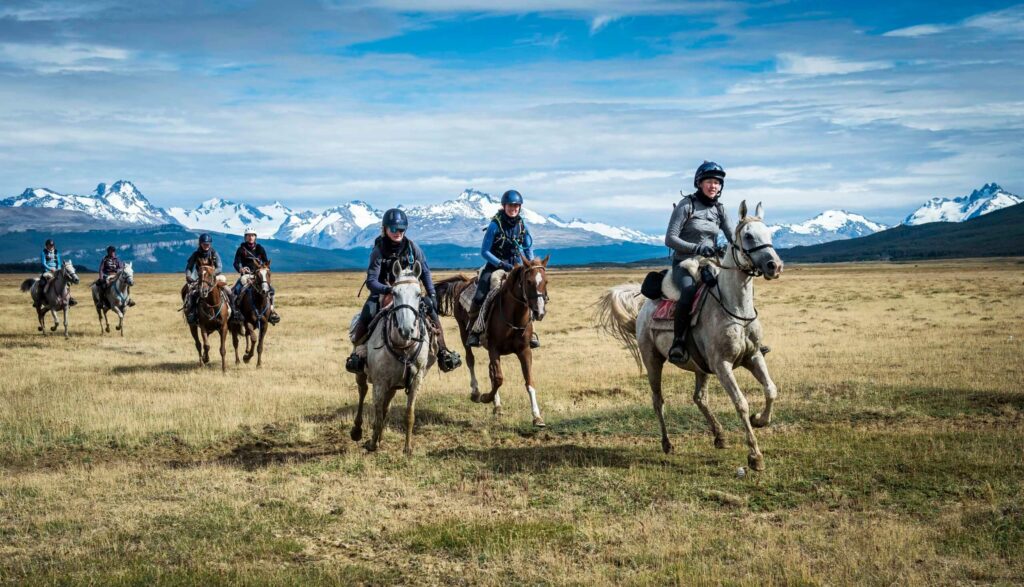 The Gaucho Derby was launched in 2020 after a decade of turning the Mongol Derby into the biggest equine adventure race on the planet. So far it’s only been run once but is set to return in 2021 even bigger. This is the ultimate test of horsemanship and wilderness skills as, riders and their trusty steads set forth into the Patagonian wilderness over a 10 day race.

Riders change horse at regular intervals and a huge team of vets, event managers and medics flood the course to follow the race. 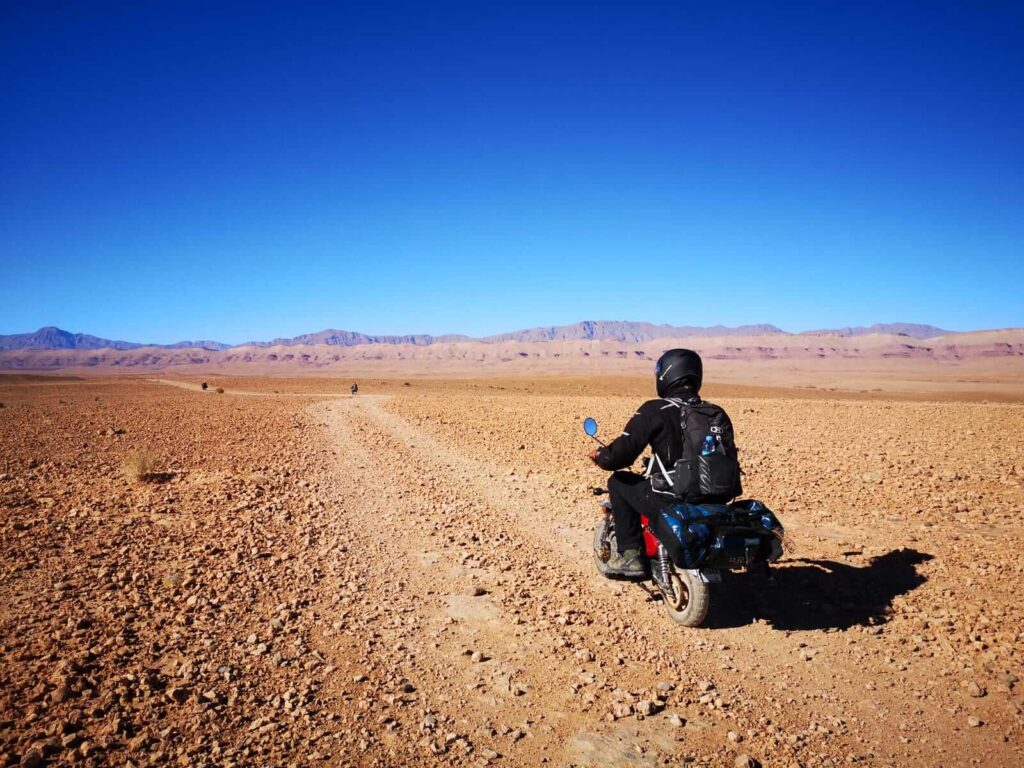 Birthed in the early part of 2016 the Monkey Run takes the World’s greatest bi-wheeled children’s toy and pits against all manner of stupid terrain.

It began in the deserts and mountains of Morocco but has now spread its tyres to the corners of the Earth and can now be spotted in Romania, Peru and Mongolia. And there are a load more on the way.

Slow, uncomfortable and unreliable this minuscule beast is really the only way to take on the wilderness.

Hitting the waves for the first time in 2015 the Kraken cup was a whole new form of ocean racing. Tiny dhow style boats off the coast of Tanzania designed for fishing while hugging the shore are repurposed for facing up to all the Indian Ocean can throw at you. Which turns out to be quite a lot. Teams of hardened sailors have been gathering from all over the world to take on one of the toughest races on the seas.

In the year of 2015 exploding into the skies came the Icarus Trophy. The first long distance cross country paramotoring race on planet Earth. Initially launching in the US of A the main Icarus race has also taken place in South Africa and Zimbabwe. Then a series of weekend long adventure races was launched called X series as a gateway drug to the main event. For those who don’t know it paramotoring is the most awesome of aerial sports. Relatively cheap to take part in and in most place very unregulated. It is incredible freedom

Conceived in the winter of 2011 and birthed in 2012 the Ice Run pits the mighty vintage Ural motorbike against the frozen wilds of Siberia. Originally this adventuring beast set forth from the factory that made Urals in a town called Irbit just West of the Ural mountains. After a few years we decided to make the whole thing more stupid and dangerous and moved the race to lake Baikal, which usually freezes over in winter. This turned it into an epic stage for chaos. At the moment the Ice Run is paused. But she might return someday soon… 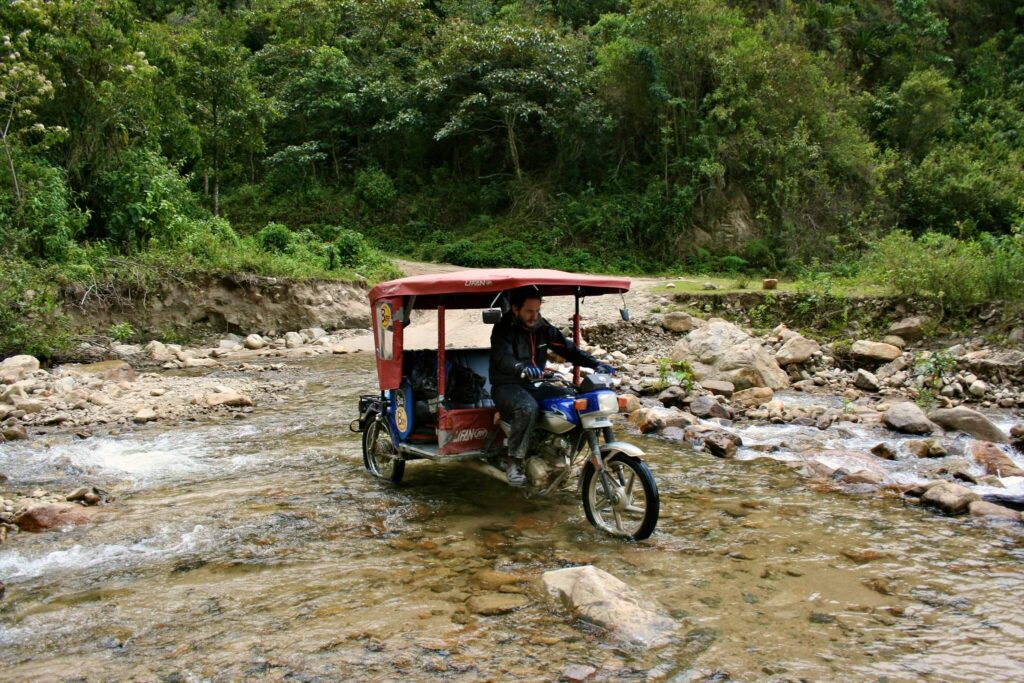 The Mototaxi Junket, apart from having a weird name pitted a weird vehicle against a large slab of South America. Mototaxis are basically underpowered motorbikes welded onto a sofa with wheels. Initially starting in Peru and heading all the way to Paraguay teams gathered in 2009 to tackle the beast. A beast that turned out to be a massive disaster. Everything seemed to be in order until Honda cancelled the order we had paid for 6 months ago and they had ready to go with just days to spare. Then the only factory with enough placements was in Iquitos, a city that can only be accessed by boat up the Amazon. Then the rainy season came early and a 2 day journey became a week of rafting. Then the truck that was supposed to bring them from the river to the launch snapped it’s axel in half. Then the owner of the transport company died in a helicopter crash. Then the bikes turned up as a bag of parts not complete machines. And then. And then… But we persevered. For while. Like many of these things it was more expensive to run than we could charge people so we canned it.

Ahh the Mongol Derby. I’m not sure we knew how big this would become. Or that we were inventing a new sport, ultra-endurance horse racing. Back in 2008 we started looking for a way to host a new horse racing adventure in Mongolia and Tom discovered from his friend Baigal about the history of Genghis Khans mighty postal system. Suddenly and without much consideration of how possible it was, the race was launched into the world. What was an extremely busy summer turned out to be the launch of the Guiness world record holding World’s longest horse race.

Each horse only covers 40km before it is replaced with a new one so while the riders get pounded the horses are always fresh. It takes about 1,500 horses and a team of 500 every year to stage this epic race for just 40 riders. 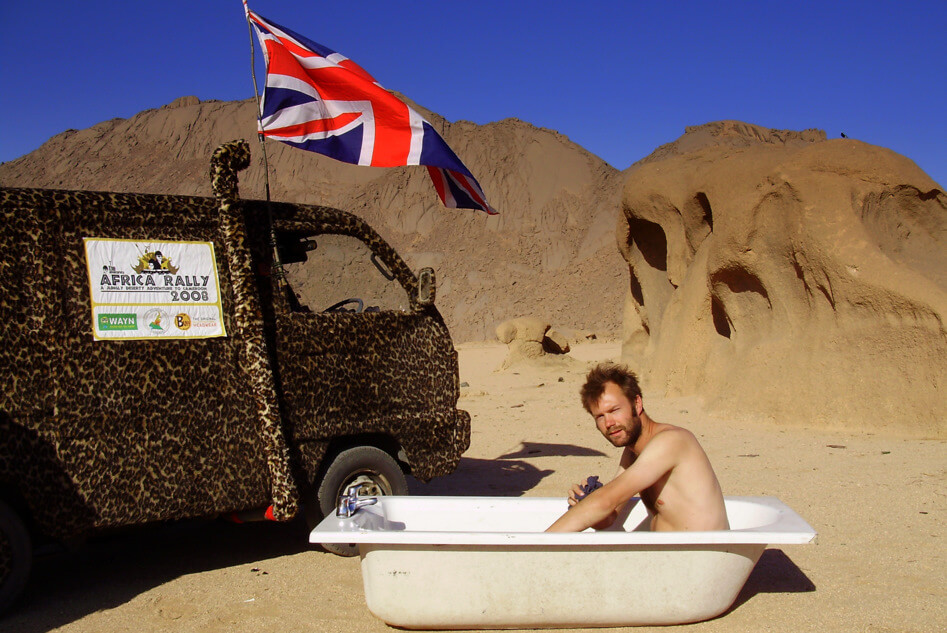 Running just 3 times the Africa Rally was a Southerly headed version of the Mongol Rally. Starting in London and ending in Cameroon it was a gigantic unruly slice of adventuring chaos.

From staging the first ever music festival of indigenous pigmy tribes from the rainforest to being hauled in front of the head of counter terrorism in the Foreign Office to be told they knew we were coming and our heads would be removed it was not without it’s growing pains. So we paused the beast. Maybe one day we’ll dust off those sandy African shoes and see if she can rise again. 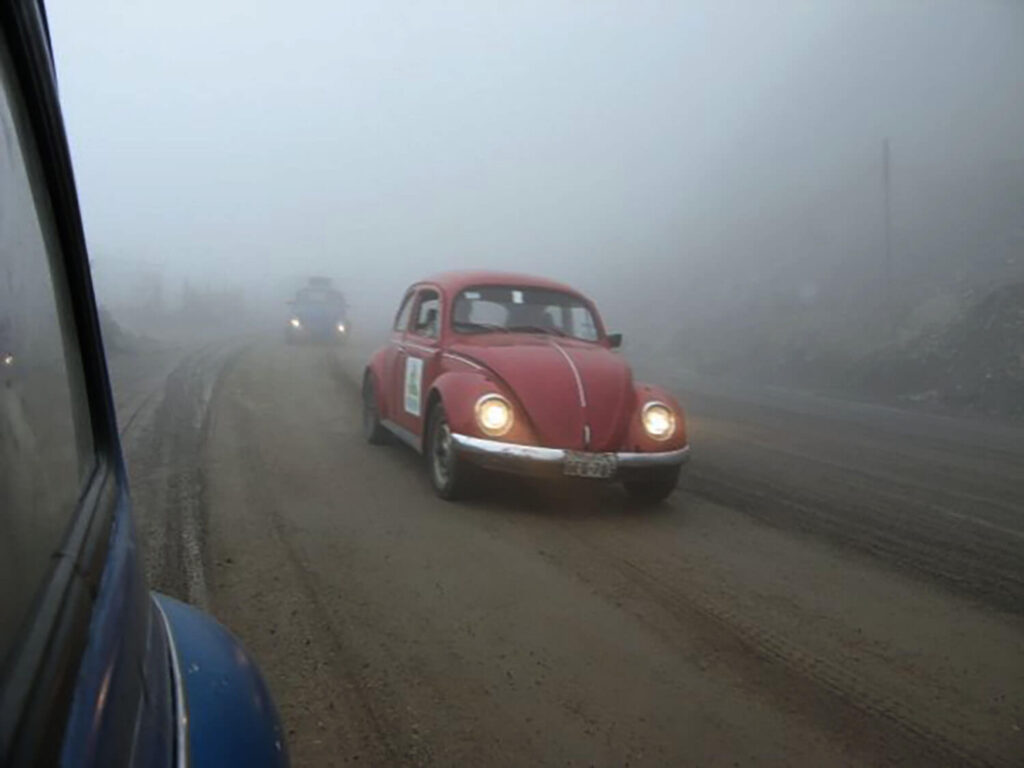 Born of a discussion in 2007 with 2 lively gents, one a Londoner and the other Ecuadorian the Ruta del Sol was brought into the world. Only to run once, it was a transcontinental dash across South America at its widest point in VW Beetles. It was predicted to take about 3 weeks but of the 6 teams that started only 1 made it in something more like 10 weeks. Hats off to you Fabian, who had previously conquered the Mongol Rally in a 2CV. It was way more expensive to run than we could ever hope to charge so it sits in our memories as the longest dose of chaos we’ve unleashed in Latin America. 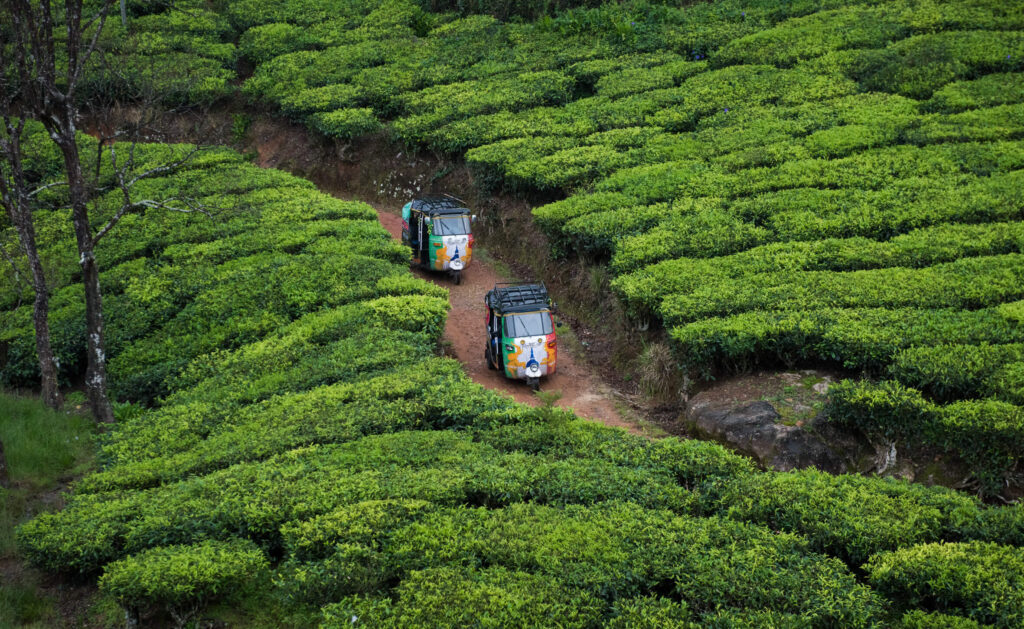 From a drawing on a napkin back in 2005 came the Rickshaw Run. After not a great deal of testing the website was launched to much fanfare and it sold out right away. Tom had made up a price of £97 per team (on the grounds it sounded less than £100 and not stopping to check that it would cost many times that to run) and then forgot to charge over half of them. Business genius.

Everyone we spoke to told us it was both too dangerous and impossible. So we ignored them and in the process, half the teams quit and stormed out of a meeting in outrage. Wimps.

It turned out to be one of the greatest adventures on Earth with thousands of people wobbling across the sub-continent. It spawned cousins in South East Asia and Sri Lanka. And there are more cousins to come…

The original and in many ways the best adventure. 1/4 of the surface of the Earth taken on in a shitty car your granny would be ashamed of.

Deserts, mountains, dirt roads, no roads all in a sub 1ltr engine car that could accurately be described as crap. If nothing goes wrong, then everything has.

The first rally open to the public took place in 2004 for the princely sum of £0 per team. Tom expected thousands to turn up but only 6 left from inside a bar in East London.

But word spread fast and by 2006 it sold out of 200 places in about 4 seconds and in the process set the server on actual fire.

Now about a 1000’s wallies from all walks of life tackle the behemoth every year.