How to do the Mongol Rally when you’re lazy & disorganised

How to do the Mongol Rally when you’re lazy & disorganised

“I was worried I didn’t take the right car with the right spares. Turns out I took the best car with no spares. Every breakdown, haggle and fuckup made the rally what it is. Interaction with locals, embassies and stray cats are amazing. It’s boring if you never stop. Buy a shit car and just set off. Don’t fuck about.”
Alastair Bruce Cameron, 2018

Over planning is killing the Mongol Rally and it has to stop. Proper old school adventure is a mysterious beast. Anyone that tries to tame it with endless planning and preparation is going to get a big kick in the nuts and/or lady nuts.

It spreads too. A well meaning team produces a colour coded binder of doom full of hotels, directions and lists of stuff they won’t need. Out of nowhere previously rational teams get anxiety sweats in all the wrong places for no good reason.

We asked the teams who have already done it to debunk the myths. The results were clear.

Be lazy. Be disorganised. Turn the adventure knob up to 11.

Vehicle: Buy a shit car. Do absolutely nothing to it. Take no spares or tools. You do not need a
sump guard.

Packing: Forget to pack any socks, or anything useful at all.

Route planning & accomodation: Pick some countries and make sure you have a visa that’s valid around the right time. Sleep in your car. That’s it.

See what the teams had to say for yourself:

“The first time in 2013 we took a red yaris that belonged to my friend, painted it white, took one spare wheel and a tent. Every border crossing was interesting, I had a photo of the owner in the windscreen. But I realised that I had still made things too easy, so the second time we went, we lowered the car.
We also took nothing but an old ships compass that only worked if you took it 20 yards or more from the car, then looked at it for 20 minutes.”
Felix Milburn-Foster, 2013 & 2016

“People always tend to freak out about car parts. Parts for your car probably won’t be available from Iran onwards. But the locals are very experienced at botches and will get you going regardless. You don’t have to take more than a couple of spark plugs.”
Richard Fleming, 2017

“We flew into London, picked up the car in Southampton that afternoon, hit Amsterdam by 8am. Did the whole thing with no roof racks, jerry cans, or tools. Reattached the sump guard with some zip ties a few times. Bought an air compressor in Uzbekistan. Did not die, run out of gas or get stranded.”
Matt Lamb, 2018

Stuff you need to pack

“We definitely overplanned. We lugged around:
Camping gear – never used
Maps and travel guides – never used
Emergency car repair stuff – never used (the only thing we used was a socket set to change out tires)
Emergency medical supplies and drugs – never used
What we should have planned on:
Passport, water, and a couple changes of clothes for when they’re so full of dust/dirt you can’t bend anymore. It’s all you need.”
Janine Jenken, 2017

“I got to Romania before I realised I hadn’t packed a single pair of socks.”
Paul Clayton, 2010

“Somewhere in Georgia we ripped up our maps and smashed our compass and went the rest of the way by asking directions. So when we were in Tajikistan we would ask, ‘which way is Kyrgyzstan’ mostly via charades since we didn’t know the language. Made for some amusing conversations. And yes, we made it to Mongolia.”
Adrienne Hirschfelder, 2013

“This was the map I used [see navigational genius below], you don’t need anything else. Just find people going the same route as you and stick with them. It’s better making bad decisions together than alone!”
Kit Monsen, 2011 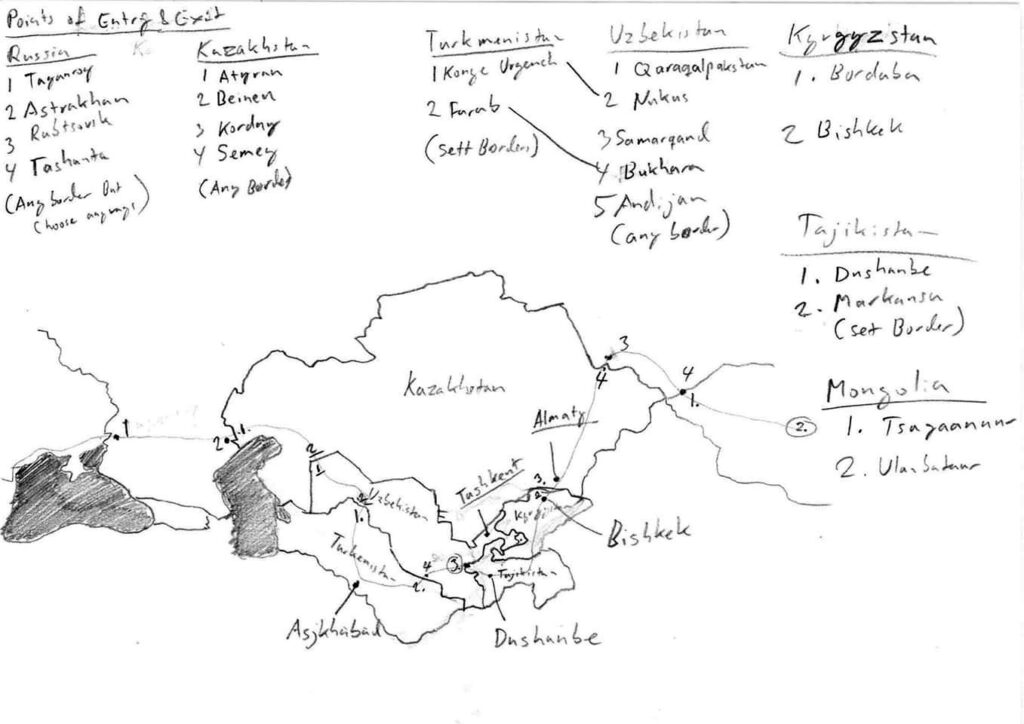 Are you tempted to try and plan where you might stay each night? You’ll miss out on a highlight according to 2013 rallier Matt Gelgota:

“Camped the whole time. Possibly my favorite thing about the rally was how foreign it felt when I finally had to go back to taking a morning dump without the sun in my face.”

We sign off with some general wisdom borne from Mr. Dan Pryor, raconteur & 2009 rally veteran:

“Buy loads of great maps. Leave them all on your kitchen table.
Buy a car that won’t pass its MOT this year thanks to great big hole under the driver’s side door that blows a column of dust up into your face.
Get a speeding ticket on the way to the start line and talk your way out of it.
Gatecrash at least one wedding.
Definitely don’t expect to make it. Get to the finish line anyway.
Drink your body weight in vodka.”

Case closed. Do as little as possible at the last possible minute.

Skip the website and go straight to the Full Details on the rally here. 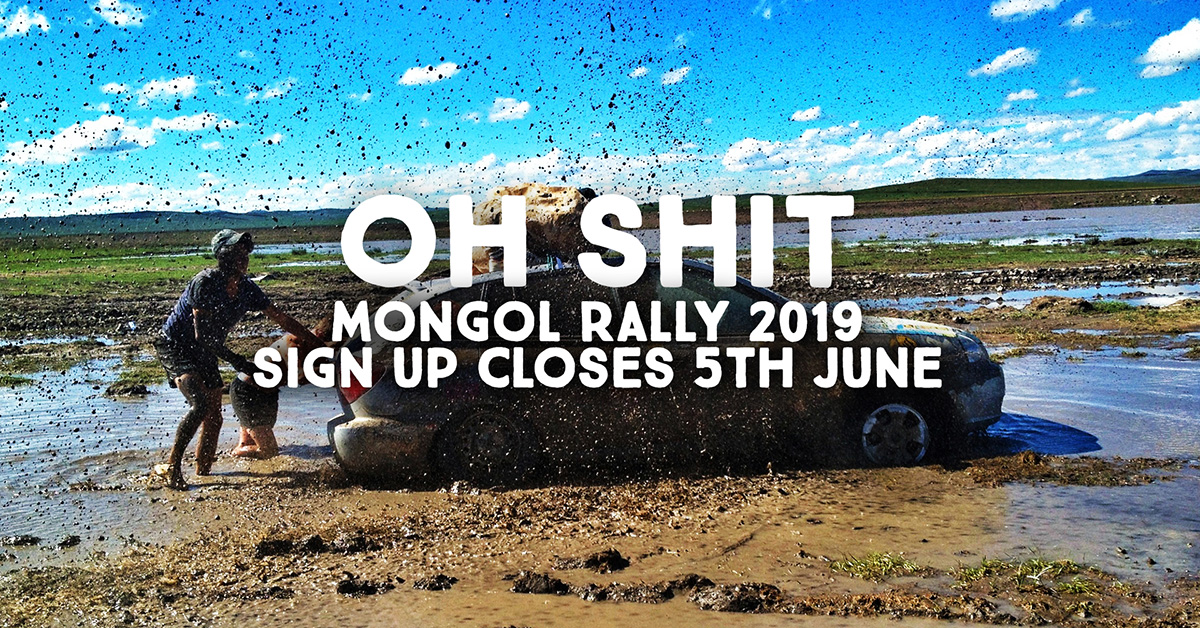