So with a race titled “The worlds toughest air race” and run by a company whose slogan is “fighting to make the world less boring” we needed to find the right mix of challenge, danger, and excitement without making it impossible or too deadly. The Icarus Trophy has 2 Divisions which allows a larger number of pilots to have an adventure or challenge at the same time and to push the limits of pilots with a hugely varied skill level.

Daniel and I set off on our mission with all the kit we would expect an Icarus Trophy pilot to carry, which is pretty heavy! Although we would carry everything as if we were unsupported race class style we had pre-arranged meeting points with our ground crew like an adventure class style.

The landscape terrain and fuel availability for the first couple of days is a gentle warm up and then as you leave the hills behind you get to the Pantanal, the world’s largest tropical wetland area. This feels like you’re entering another world, I couldn’t have imagined what it would feel like to fly over this wild and inhospitable place. To give you an idea of how inaccessible it was, we often flew for a couple of hours and the cars took 14. Apart from my brain trying to work out how we’ll run the Trophy here, I couldn’t get over the fact that the Paramotor is simply the best way to explore this stunning place.

Only a couple hundred kilometres in and you feel a huge sense of freedom and remoteness. Passing nothing but farms, separated by an abundance of wildlife, which at ground level is not all friendly. adding to the danger/ excitement element. You never know when you might just have to escape a hungry Jaguar of which there are many roaming this route, or launch from a tight spot with a full fuel load.

On a couple of legs crossing the Pantanal we knew we would not have any support from our ground crew and I think I can speak for both of us and say these legs were the best. The feeling of being self sufficient with your own aircraft and everything you need to survive added to the feeling that you need to keep more than half the boxes ticked to make it out of there alive! This gave us sense of what the real Icarus Trophy pilots would experience. I can’t wait to share this with Icarus pilots from all over the world next year.

Although Daniel and I were flying quite different wings – myself on the Freeride and Daniel on the Roadster – we found that to fly at the same speed I needed to set my trimmers only about 2 centimetres slower than Daniel’s. Obviously wing loading plays a big part in airspeed but it did highlight to me that you don’t need a super fast small wing, it’s more about being consistent making your fuel stops and being able to launch every time even when your completely knackered. This was reaffirmed by Alard winning the Icarus Trophy Africa with a Speedster 28.

Leaving the Pantanal behind and entering the more familiar territory of farmland, we beelined for Benito were we will host the finish line ceremonies. After the remote wetland it was a complete shock to the senses when we ended up in the middle of a Lasso competition. Cowboys and girls everywhere, banging music, it was a mega party and the perfect place to finish the world’s toughest air race. 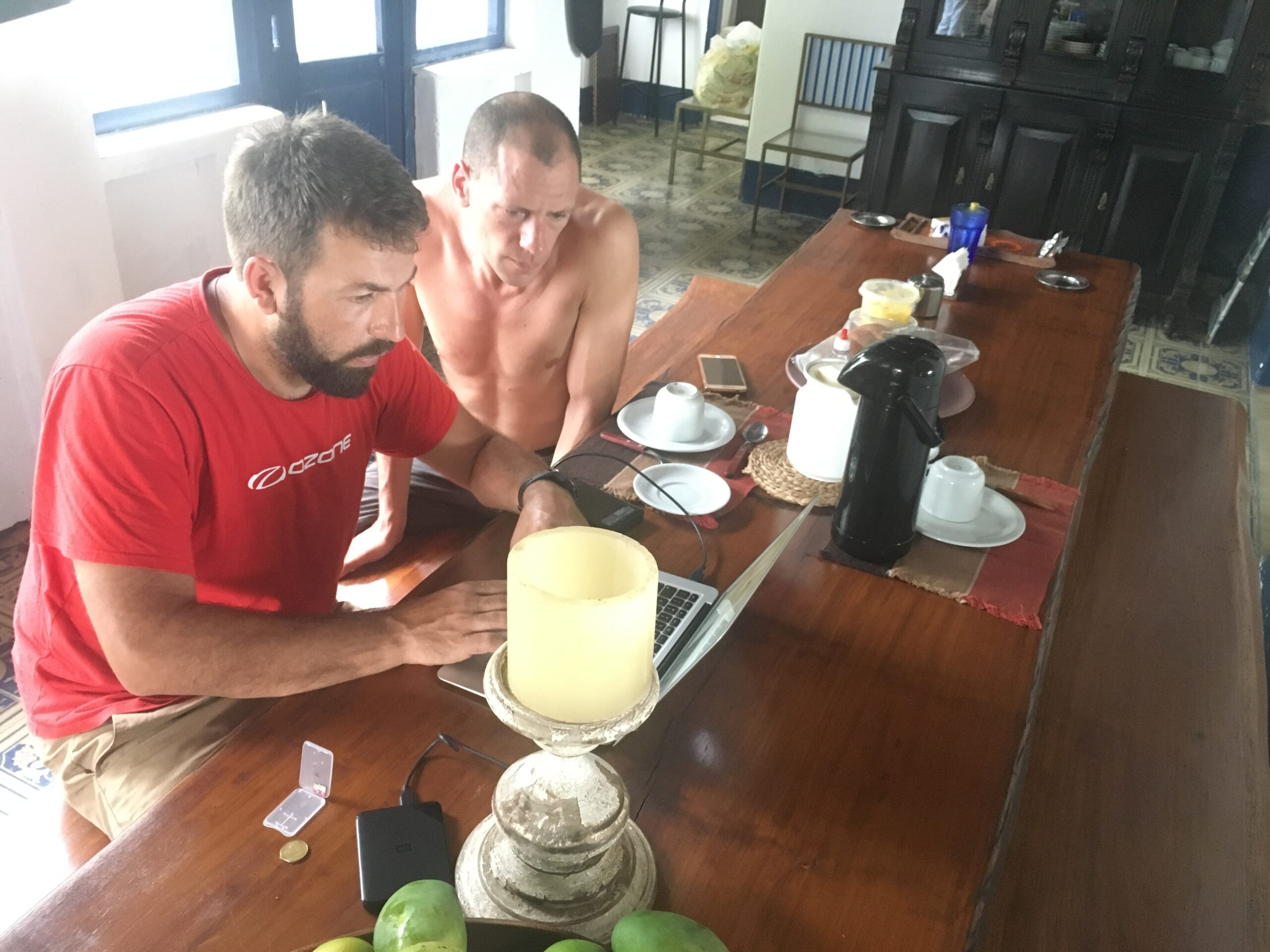 Route planning. Where you’re going there wont be many roads 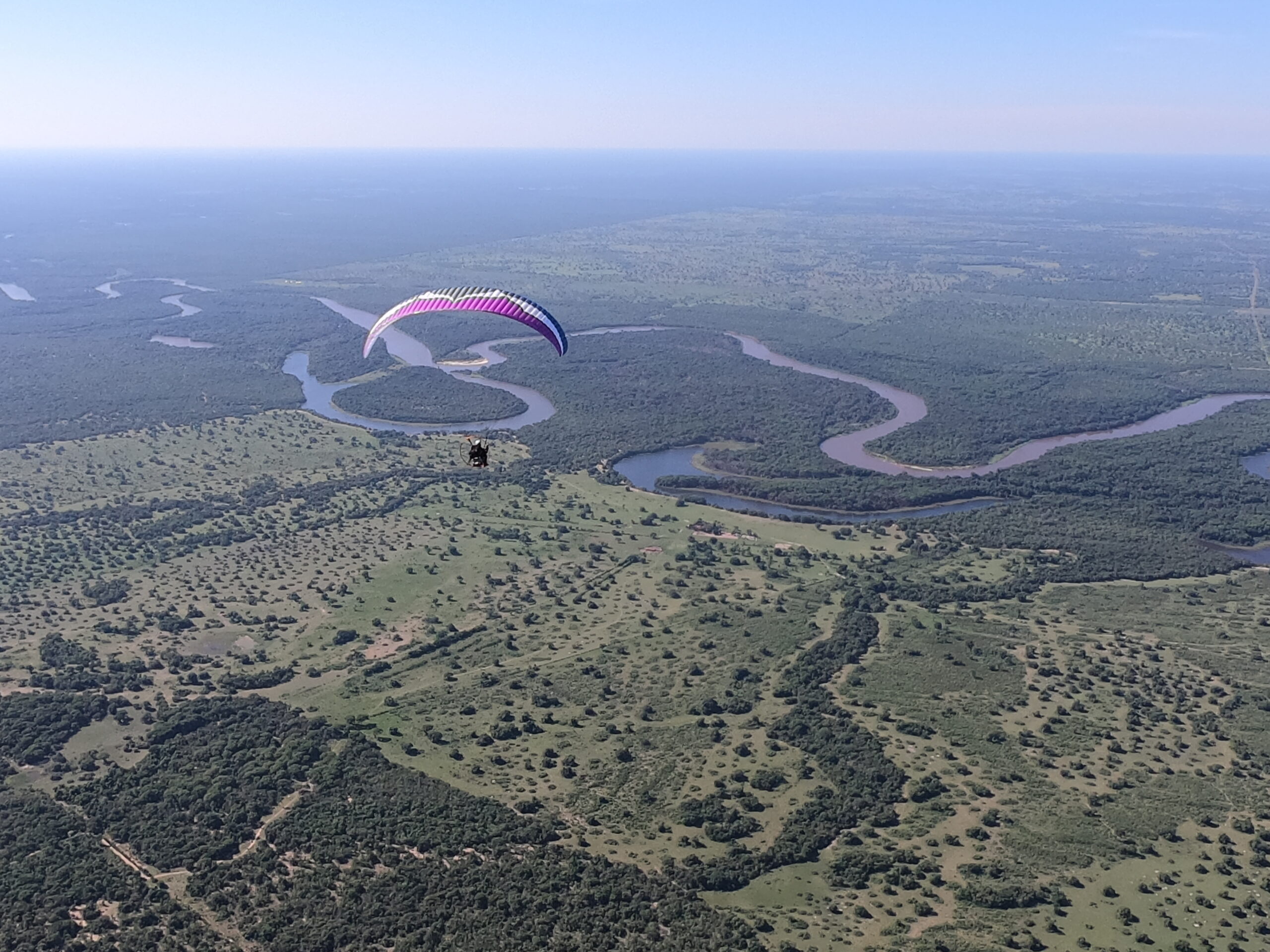 Mr Daniel over a river in the Pantanal 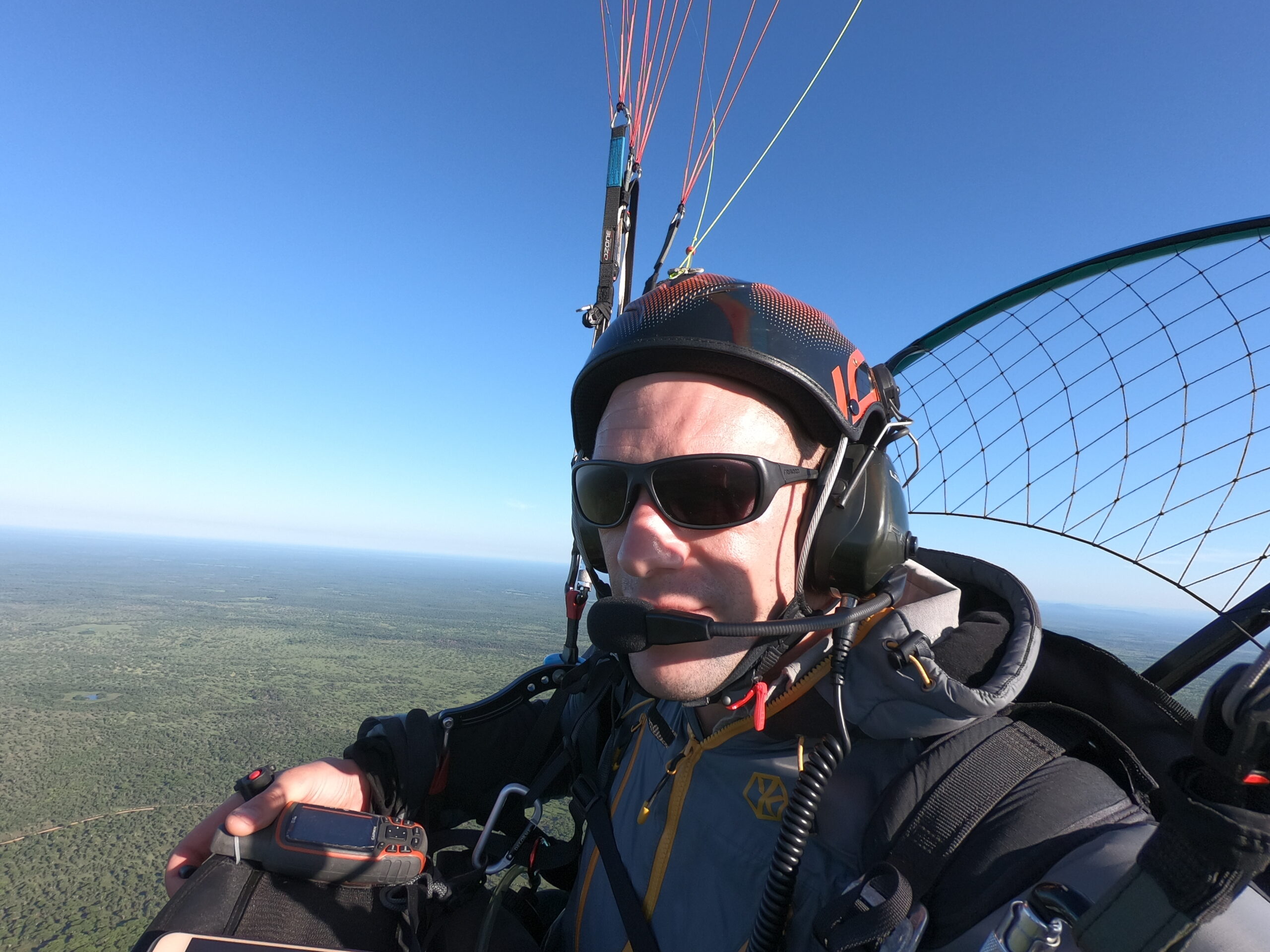 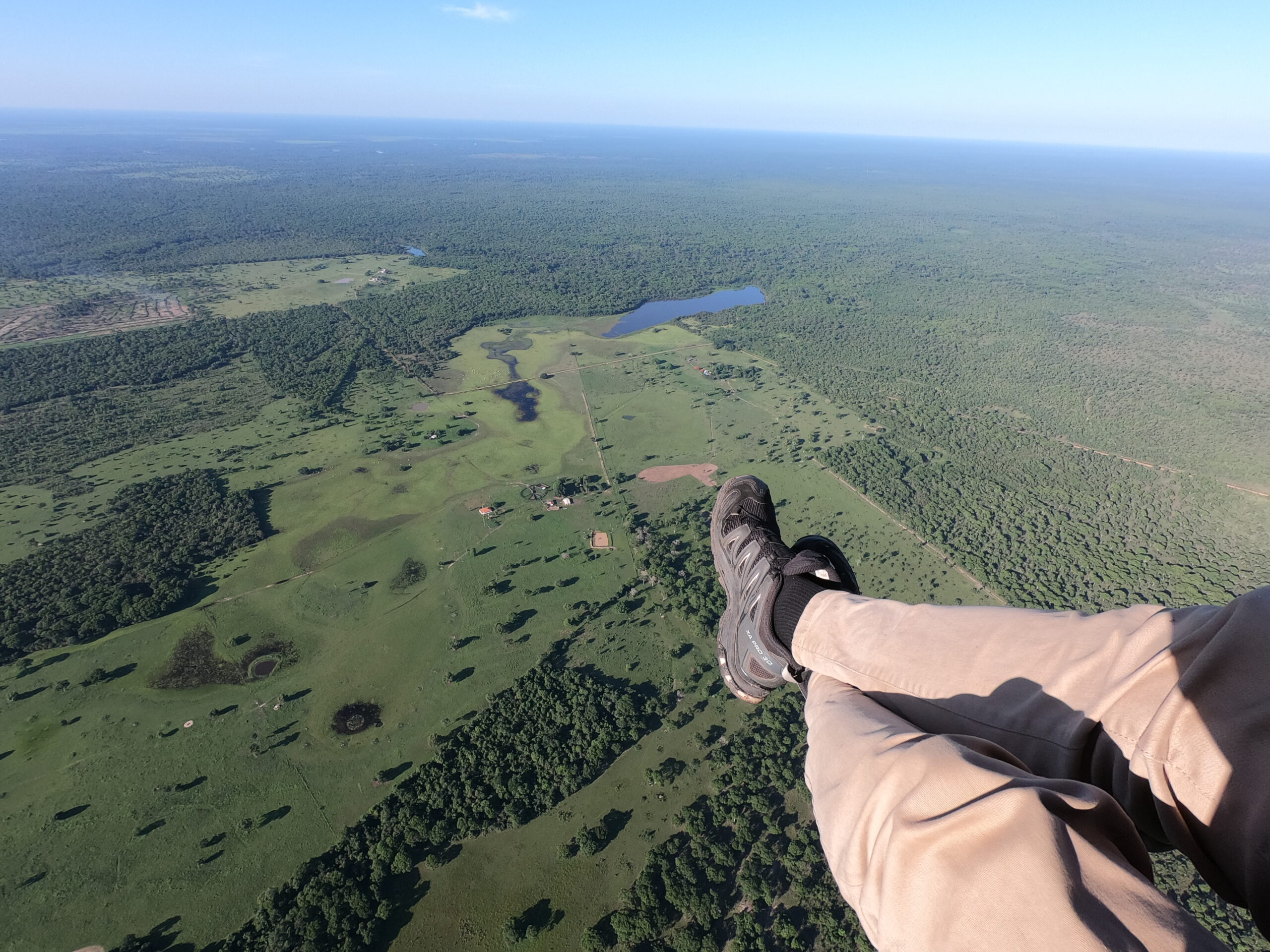 Cruising over a farm in the Pantanal 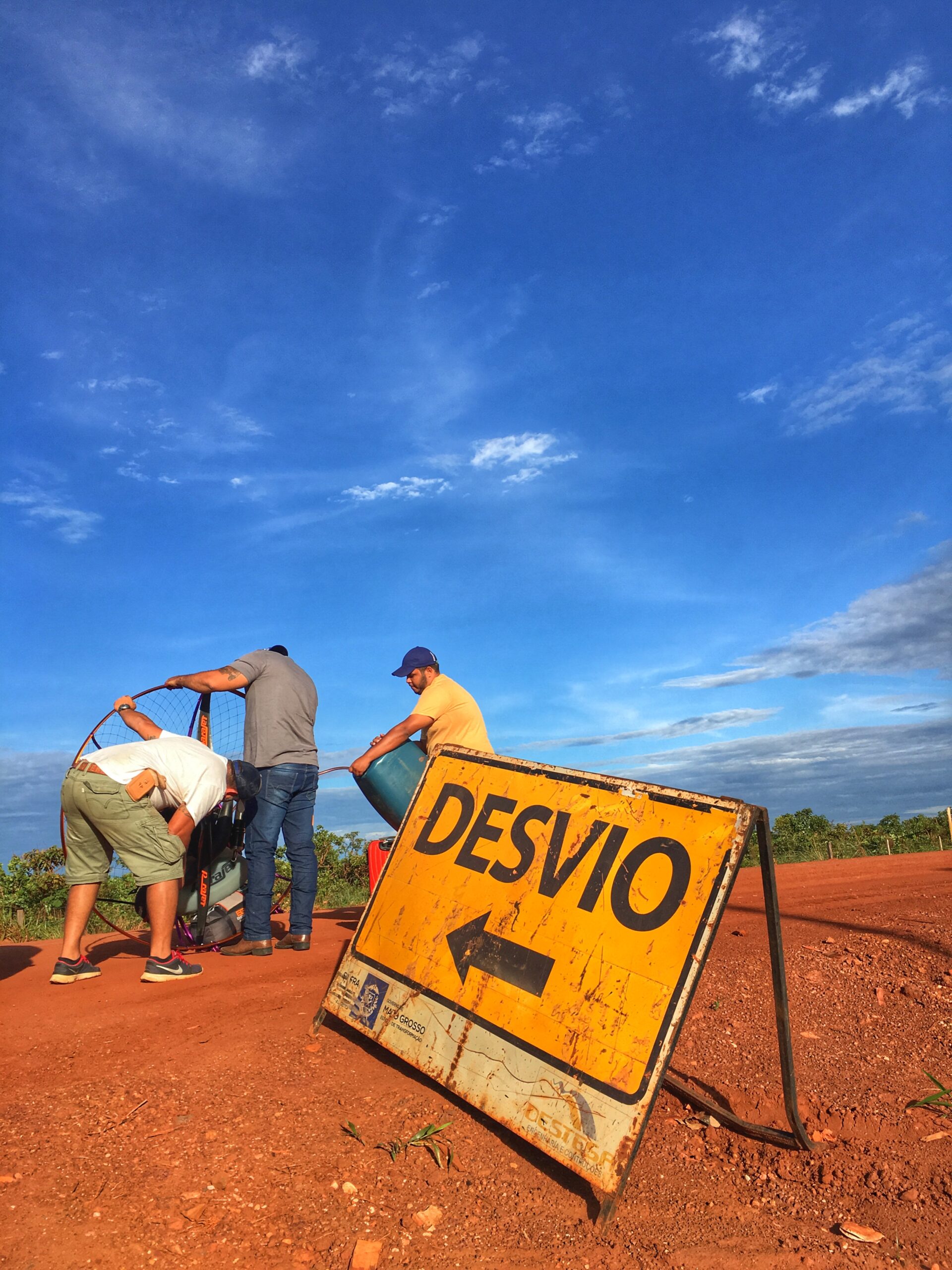 Diversion – area only accessible by paramotor 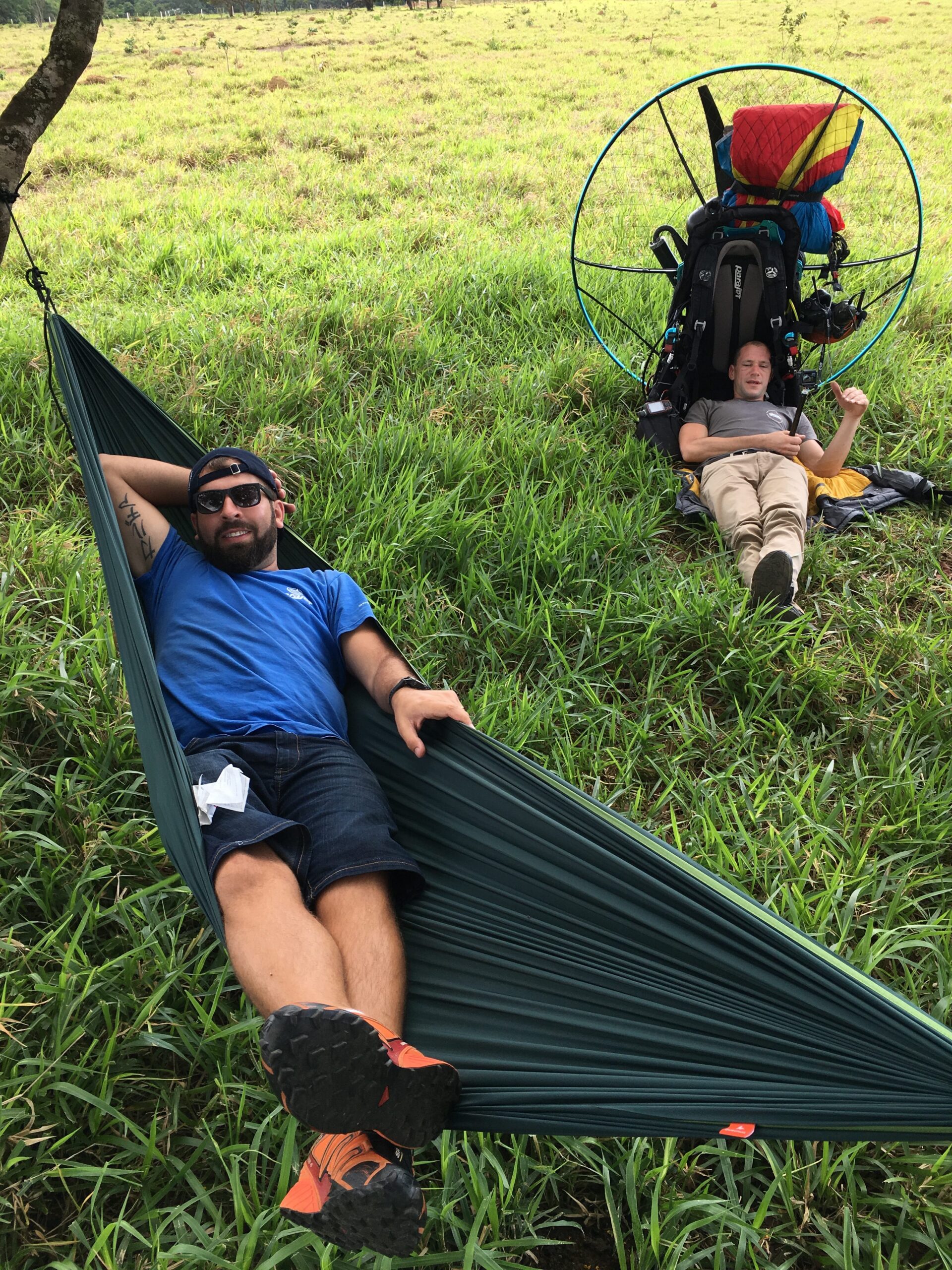 Hammock. Recommended by Daniel (and Kester) 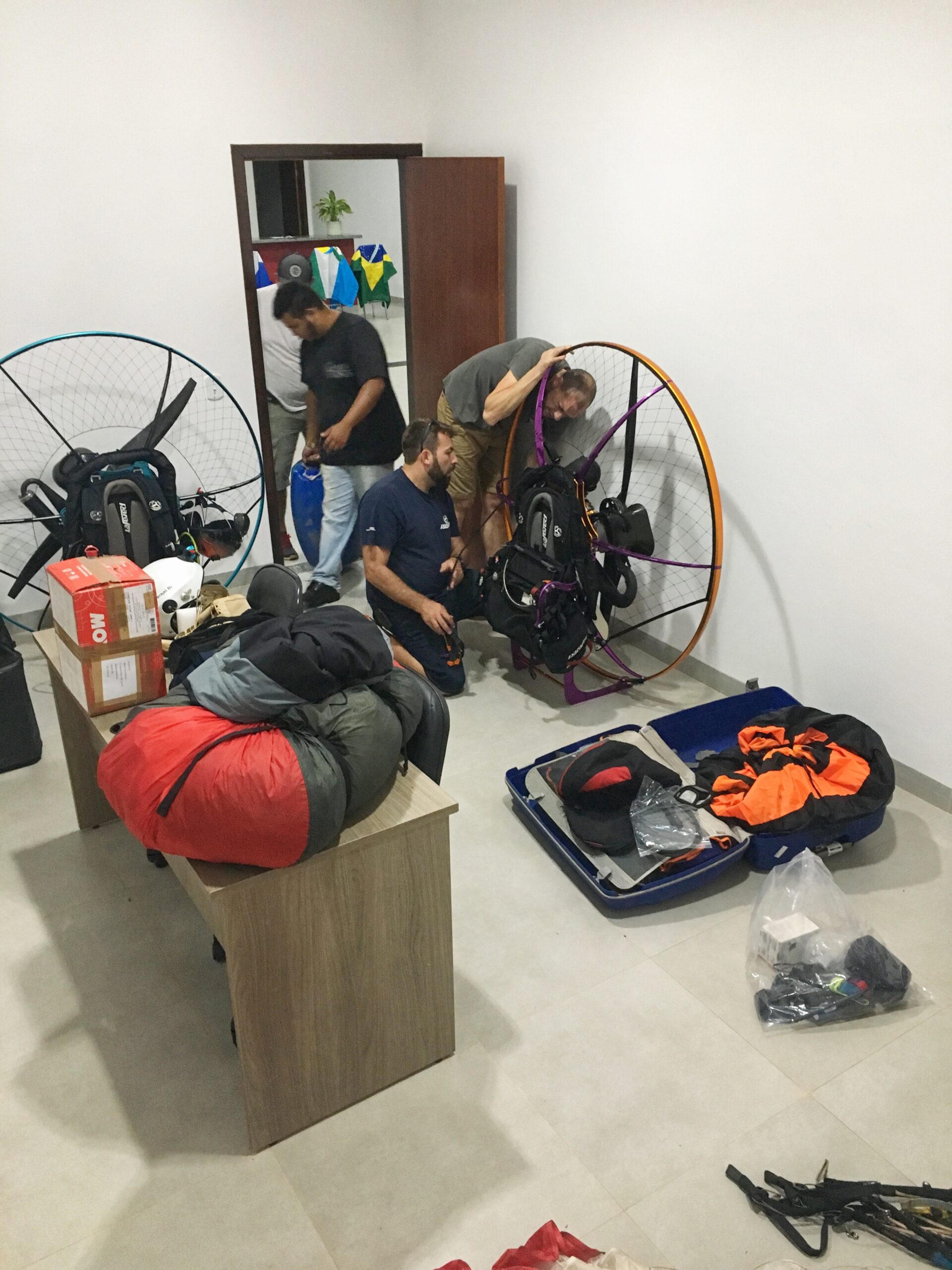 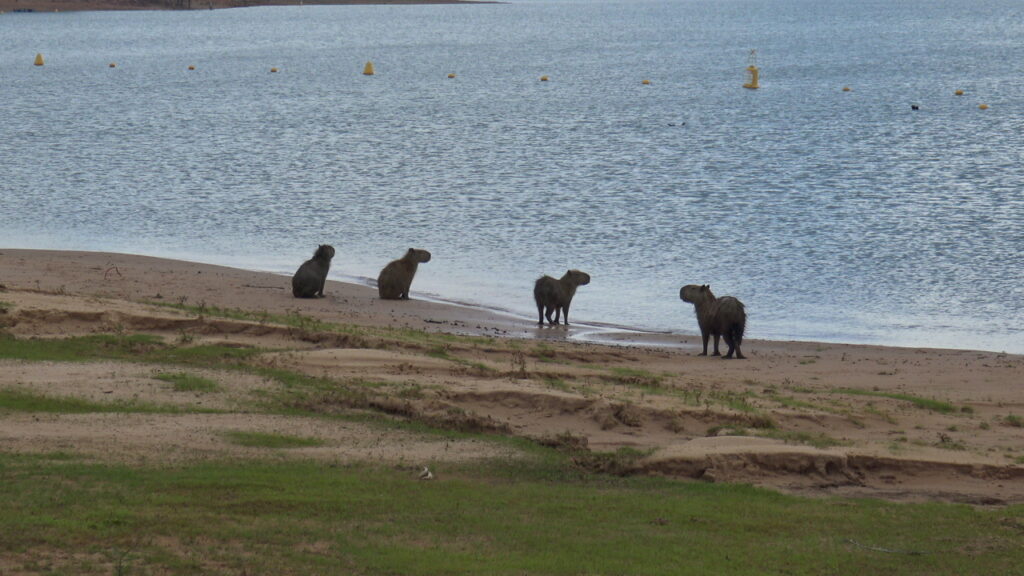 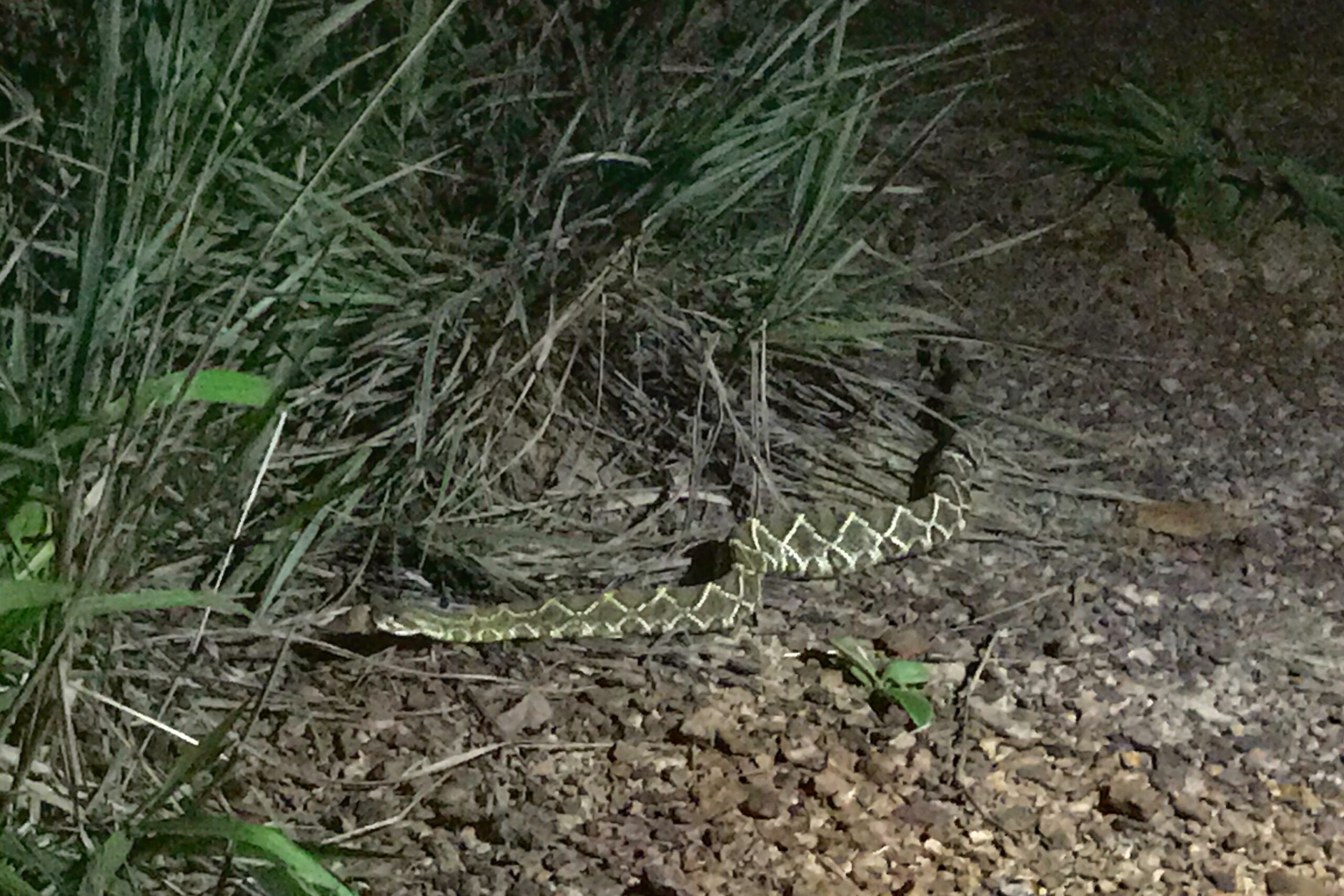